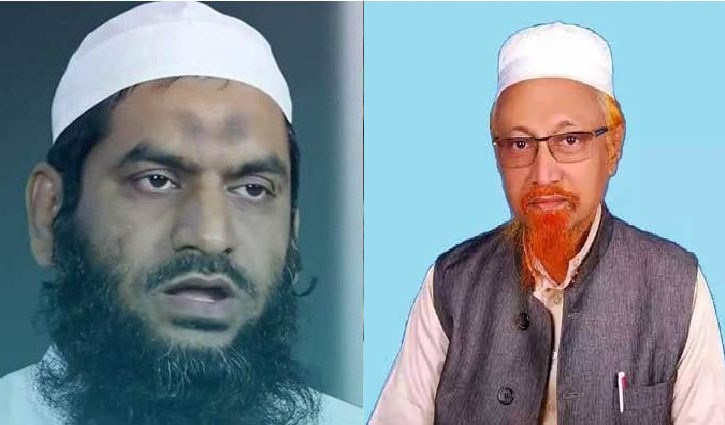 A Dhaka court on Monday placed Hefazat-e-Islam Joint Secretary General Mamunul Haque and its Dhaka city unit president Junayed Al Habib on seven-day remand each in two cases filed with Motijheel and Paltan police stations over the 2013 mayhem and recent violence in Dhaka.

Metropolitan Magistrate Sadbir Yasir Ahsan Chowdhury passed the orders after two investigation officers produced them before the court with submitted 20 days' remand prayers for each in two cases.

Earlier in the day, Mamunul and Habib were shown arrested in the cases after two petitions were submitted in this regard.

Arif-uz-Zaman, a businessman and also the deputy office secretary of Dhaka South Jubo League, filed the case against Mamunul and 16 others with Paltan Police Station on April 6 this year.

The case was filed on charges of torching vehicles, vandalising shops and looting valuables near the Baitul Mukarram national mosque during Hefajat's demonstrations on March 26 this year.

The other case was filed with Motijheel Police Station over the 2013 mayhem in Dhaka.

Mamunul was produced before the court on completion of his seven-day remand in the case filed with Mommadpur Police Station over the attack on a madrasa on March 6 last year.

Junayed was produced before the court on completion of his five-day remand in the case filed with Paltan Police Station over the 2013 mayhem in Dhaka.