Taliban Rule in Afghanistan Is Worse for Its Neighbors Than America 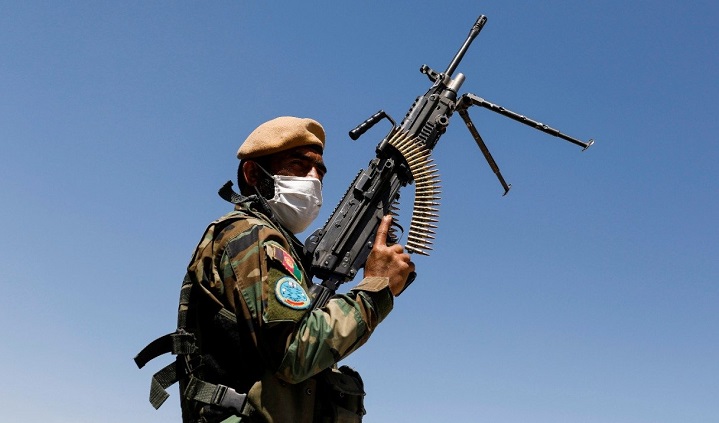 President Joe Biden has decided to withdraw American forces from Afghanistan by September 11 of this year, and the troops from America’s NATO allies that are still there will undoubtedly be gone by then too. It is possible that the weak Kabul government we have been supporting will somehow manage to stay in power and the Taliban threat it faces will recede as a result of internecine fighting. But this happy result, unfortunately, does not seem very likely. The more likely outcome is that a year or two after the U.S. and allied departure, the weak Kabul government will be overthrown by the Taliban. But what will be the impact of the Taliban’s return to power in Afghanistan?

It all depends. If indeed the Taliban keeps the promise it made to the Trump administration and ends its ties to Al Qaeda, the impact of its return to power might not be all that bad for America and the West even if it is terrible for the people—especially the women—of Afghanistan. An older, more experienced Taliban leadership might understand that their previous refusal to withdraw their protection from Osama bin Laden and Al Qaeda after their organizing the 9/11 attacks on the United States from Afghan territory was what led to the American-led intervention that ousted them. The Taliban won’t want to risk anything like this happening again. Even if a restored Taliban government judges (probably correctly) that Washington would not be willing to send American troops back to Afghanistan, it might decide that Al Qaeda and similar groups are a liability—especially if the restored Taliban government wants to receive development assistance and investment from abroad as well as have normal relations with the outside world.

This “older but wiser” Taliban is one that America and others would probably be willing to coexist with, if not cozy up to. For even if the Taliban went back to treating its citizens harshly, other countries—including the United States—are far more concerned with whether it pursues policies that harm them or not. Indeed, if a restored Taliban government really did distance itself from Al Qaeda, there would undoubtedly be those in the West and elsewhere who would advocate engagement with the Taliban both to make sure it didn’t go back to its bad old ways and to encourage “moderate” elements within it. In other words, if the Taliban leaves us alone, the United States and others would leave it alone too and either turn a blind eye to or only verbally criticize its domestic policies.

But in that the Taliban has not yet ended its ties to Al Qaeda despite promising to do so, it is quite possible that a restored Taliban government will not just continue them but will defiantly provide Al Qaeda with sanctuary in Afghanistan once again like it did prior to 9/11. Whatever else the United States does in response to this, it is hardly likely—as a Taliban government and others might anticipate—that either a Democratic or a Republican administration would be willing to reintervene there like the George W. Bush administration did after 9/11. But what—aside from piling on sanctions that never seem to succeed in changing their targets’ behavior—could the United States do in response?

It might not have to do much of anything. There are several reasons for this:

First, America’s improved post-9/11 airport security would make it very difficult for Al Qaeda to hijack passenger aircraft and fly them into buildings like it did in 2001 (and which America’s lax pre-9/11 security enabled). Besides, having sanctuary inside Afghanistan isn’t really necessary for Al Qaeda to mount other types of bombings and attacks that can be organized from inside the United States and other Western countries anyway.

Second, despite Osama bin Laden’s pleas that post-9/11 Al Qaeda focus their attacks on the “far enemy” (America), ever since then Al Qaeda and its affiliates have focused their hostility more and more on “near enemies” (governments in the Muslim world and rival jihadist movements like ISIS). A reconstituted Al Qaeda in an Afghanistan without a Western military force presence may also find itself preoccupied fighting with more immediate enemies, especially ISIS, like Al Qaeda branches elsewhere.

Third, if a restored Taliban government is willing to go so far as to play host to Al Qaeda, it probably won’t stop there but will also play host to other jihadist groups whose focus of attention is on neighboring states or regions such as Central Asia, Xinjiang, Iran, or even northwest Pakistan. (Before 9/11, the Taliban government provided sanctuary not just to Al Qaeda, but to the Islamic Movement of Uzbekistan which launched serious raids from Afghanistan into Central Asia’s Fergana Valley in both 1999 and 2000). With U.S. and Western forces no longer present in Afghanistan, threats emanating from there to neighboring countries will have to be dealt with by their respective governments and (in the case of Moscow’s allies in Central Asia) Russia. While U.S. forces were present in Afghanistan, Russia, China, and Iran have been able to freeride on America’s undertaking the main burden of fighting jihadist forces in Afghanistan that also threatened their interests. They will not be able to do so after U.S. and Western military forces depart.

Fourth, Pakistan supported the Taliban partly because Afghanistan has long had a border dispute with Pakistan, and so Pakistan has supported Islamist Afghan forces which, although they too may lay claim to Pakistan’s Pushtun region along the border with Afghanistan, Pakistan could at least be sure would not ally with Pakistan’s nemesis, India. Indeed, India’s friendly ties to the American-backed Kabul government served to reinforce Pakistan’s desire to weaken it by supporting the Taliban. But once back in power, a Taliban government no longer feeling dependent on Pakistan might renew Afghanistan’s territorial claims. If so, it would not be surprising if Pakistan retaliated by supporting the Taliban’s internal opponents, including ISIS, just to make sure that no consolidated Afghan government emerges so that the country remains mired in civil war and thus less able to focus on its dispute with Pakistan.

The Taliban’s return to power, then, will certainly not be good for America—especially if the Taliban once again support Al Qaeda. But the Taliban’s return to power will probably be a lot worse for Russia, China, Iran, and even Pakistan than it will be for the United States. The upcoming U.S. withdrawal will mean that Afghanistan’s immediate neighbors and Russia are the ones that must either counter whatever threat to them emerges from a restored Taliban government or be the main ones to suffer the consequences of not doing so. Perhaps some or all of them will even see cooperating with Washington—whether overtly or tacitly—against the common Sunni jihadist threat as being in their interests.