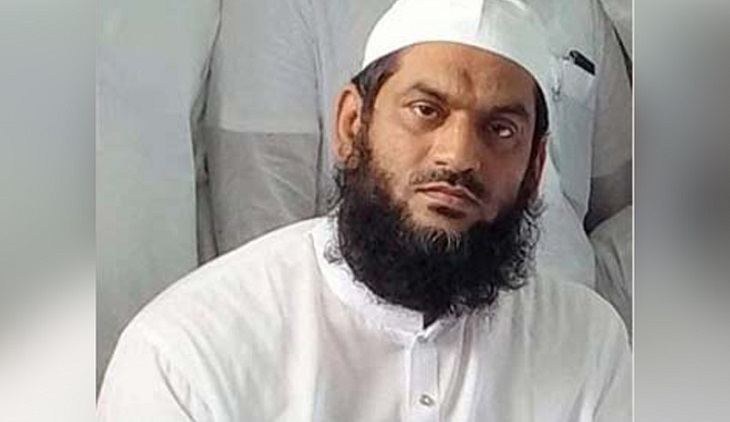 Hefazat-e-Islam joint secretary general Mamunul Haque had a link with a Pakistan militant group and with the help of this fundamentalist outfit, he tried to create unrest in the country in a bid to oust the present government.

Harun-Or-Rashid, Deputy Commissioner (DC) of Tejgaon Crime Division of Dhaka Metropolitan Police (DMP), made the disclosure at a press briefing at his office in the capital on Sunday.

“Mamunul had a link with a radical outfit in Pakistan. He went to Pakistan in 2005 and stayed there for 40 days. He received militancy training from the outfit. He returned to the country with radical ideology and carried out violent activities in our country. Besides, he plotted to oust the government,” he said.

Harun said Mamunul had got involved with the Pakistan militant outfit with the help of his brother-in-law Niamat Ullah.

Major Dalim, a self-declared killer of Father of the Nation Bangabandhu Sheikh Mujibur Rahman, is the brother-in-law of Mamunul’s father-in-law, he said, adding Mamunul raised funds from abroad to carry out campaign against the construction of Hindu temple at the site of demolished Babri Mosque.

Harun also said Mamunul plotted to oust the government by using the students of Qawmi madrasas and communicated with the Pak militant outfit, some accused in the grenade attack case and two top Jamaat leaders in this regard.

On April 18, police in a raid arrested Mamunul from Jamia Rahmania Arabia Madrasa at Mohammadpur in the capital.

Earlier on April 3, local people caught the Hefazat leader with a woman at Royal Resort in Sonargaon of Narayanganj. Mamunul claimed the woman named Jannat Ara Jharna to be his second wife, but could not show any documents.

A retired army man, Waliur Rahman is also the president of a ward Awami League in Alfadanga upazila of Faridpur. He was brought to the DB office on Mintoo Road in the city on Sunday for interrogation.

Meanwhile, a leaked phone call between a Hefazat leader and an employee of Dhaka Central Jail disclosed that two prison employees are helping Hefazat leaders in jail with good food, clothes and other things in violation of the jail codes.

In the phone call, Mohammad Rezaul, an employee of the jail, was talking to Hefazat leader Maulana Sharif, a close associate of Mamunul. Rezaul was heard saying that he and his colleague Moniruzzaman are giving special advantage to the Hefazat leaders in jail.

He also said they will provide help to those Hefazat leaders who will be sent to jail.

When contacted, Mahbubur Rahman, jailer of the Dhaka Central Jail, said they will look into the matter.

Meanwhile, two more cases were filed against Mamunul and some other senior Hefazat leaders with Paltan Model Police Station on Sunday afternoon in connection the recent mayhem in Baitul Mukarrram area.