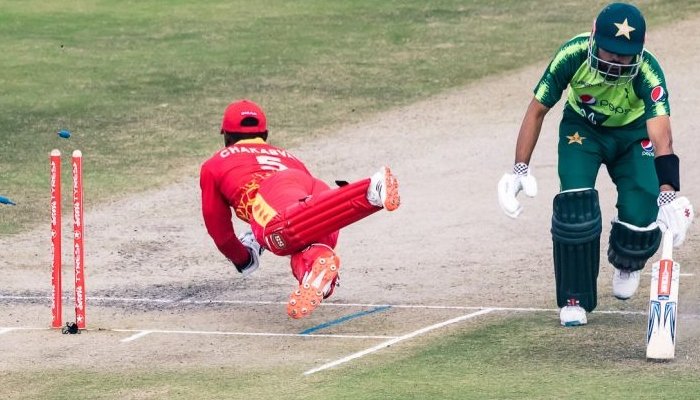 Pakistan won the toss against Zimbabwe on Sunday and decided to bat first, as the green shirts take on the hosts in the third T20I of the series.

The visitors go into the third T20I against Zimbabwe at the Harare Sports Club nervous and under pressure, after they were handed a shocking defeat by the hosts in the last match.

Pakistan's middle order was yet again exposed when its batsmen, Faheem Ashraf, Asif Ali and Mohammad Hafeez put up dismal performances, resulting in a batting collapse for the team.

Luke Jongwe starred with the ball to help Zimbabwe level the series with his impressive returns of 4/18.

Pakistan captain Babar Azam has urged his middle order to step up. “The T20 World Cup is coming and we need to resolve these issues,” he said ahead of the final T20I. “Hopefully, we make a comeback. We will look to play with our best combination,” he added, hinting at some important changes.

The pitches here in Harare appear to have plenty in them for bowlers, with both captains agreeing totals around 140-150 were challenging.