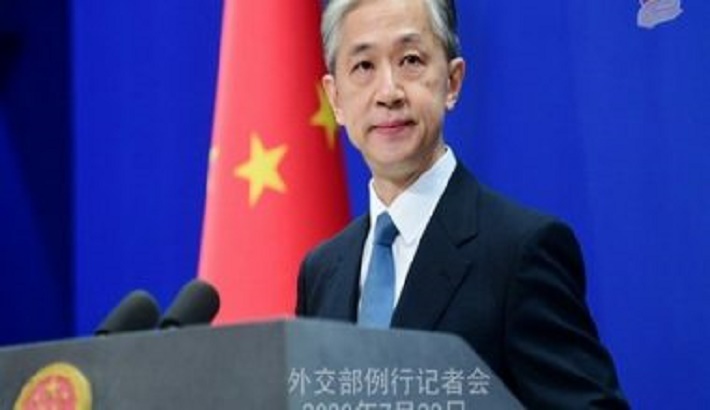 China on Thursday warned Australia to refrain from making the "already seriously difficult" bilateral ties worse after Canberra cancelled deals struck by the State of Victoria with Beijing on cooperation on the Belt and Road project.

"The Australian federal government vetoed the BRI cooperation agreements between the government of Victoria and China for no good reason, wantonly disrupting normal exchanges and cooperation between the two countries and gravely undermining the bilateral relations and mutual trust," said Chinese Foreign Ministry Spokesperson Wang Wenbin said at a press briefing.

China reserves the right to make 'further reactions' over this matter, Wenbin said.

"We urge Australia to set aside cold war mentality and ideological bias, view the bilateral cooperation in a objective and rational light, immediately redress mistakes and change course, refrain from going down the wrong path further, and avoid making the already seriously difficult China-Australia relations worse," the spokesperson added.

The rebuke comes a day after the Australian government announced the cancellation of the BRI agreement with China, saying it goes against its national interest.

This is the first time the commonwealth has used new power that allows it to cancel agreements that state and territory government, local councils, public universities, ink with other countries.

The Scott Morrison government on Wednesday scrapped the agreement signed

between the state government of Victoria and the National Development and Reform Commission of China, which was signed on October 8, 2018. It also cancelled a framework agreement signed between the two sides on October 23, 2019.

Initiated in 2013, the BRI is Xi Jinping's grand plan to connect Asia with Africa and Europe via land and maritime trade networks to create new routes for China.

Sino-Australian relations have been in a downward spiral since April last year when Canberra infuriated Beijing by proposing an independent international inquiry into the origins of the Covid-19 pandemic.