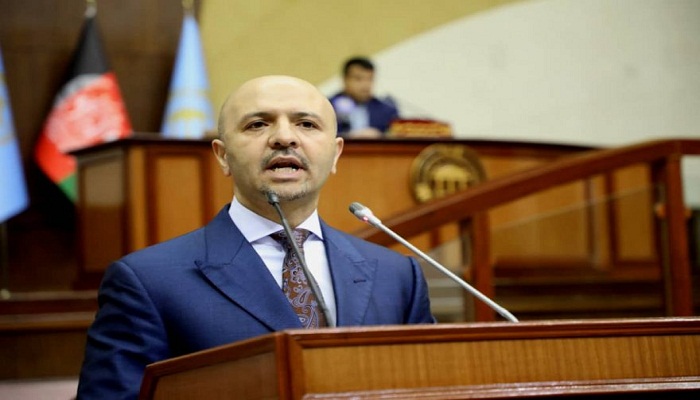 Afghanistan State Minister for Peace who had been called to the lower house of Afghan National Assembly on Wednesday for briefing the MPs about the progress of the peace process and the cause for postponement of the Istanbul conference on Afghanistan peace said that the delay in the Turkey meeting is due to the Talibans’ reluctance to the peace process.

Sayed Sadat Mansoor Naderi, the Afghanistan State Minister for Peace accused the Taliban of being the main reason behind the Turkey conference postponement.

“Afghanistan side is prepared and has a will for the peace, but there is no intention of peace from the Taliban side”, Afghanistan State Minister for Peace said in a general assembly of the Afghan parliament.

Fortunately, there has been a national, regional, and global consensus for the Afghanistan peace process, but the ball is with the Taliban to show willingness for the peace and attend the negotiating table for a political settlement, Sadat Mansoor Naderi said.

This comes as that the 10-day peace conference on Afghanistan in Istanbul which was scheduled for April 24 was recently announced to have been postponed for about another month, stakeholders announced.

The U.S.A recently announced the dates of its remaining forces’ withdrawal from Afghanistan, which has been said to be a cause for the Taliban not to attend the negotiating table as they are thinking to increase their efforts on the further violence and their military movements after the foreign troops’ withdrawal.

The Afghan leaders including President Ghani and his National Security Advisor, Hamdullah Mohib have announced their strong stance against the Taliban and have said the Taliban will not win on the battlefield.