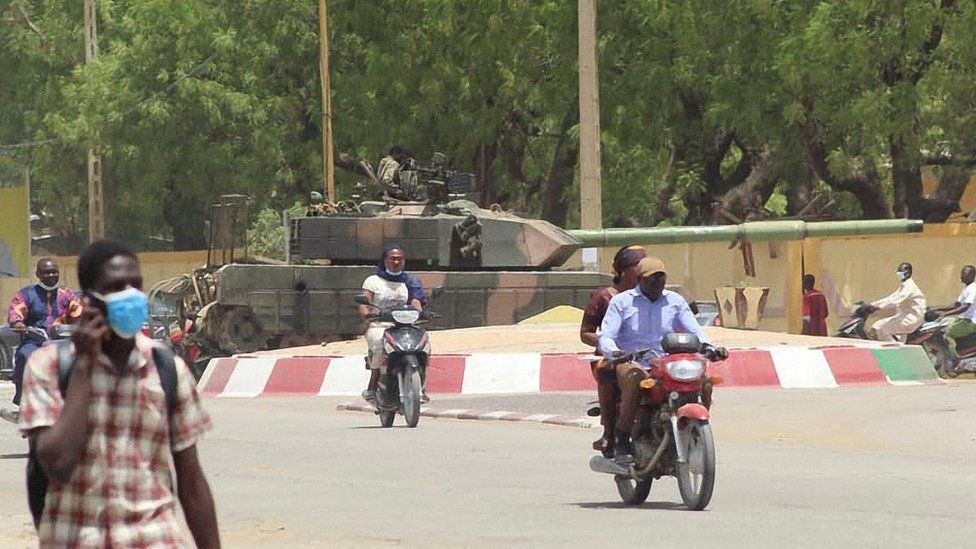 The African Union has called for an end to military rule in Chad, whose president was killed by rebels.

The army immediately announced that Idriss Déby's son would head a military council for 18 months before elections were held.

Former colonial power France, which has a large military base in Chad, appeared to back the takeover for "stability" amid "exceptional circumstances".

Opposition parties have also condemned what they called a "dynastic coup".
Trade union have called for a general strike, while rebel group Fact said Chad was "not a monarchy".

The AU's 15-member security body discussed the situation on Thursday but waited until after Déby's funeral on Friday to issue its statement.

It said power should be restored to civilian authorities "expeditiously".

According to the constitution, the speaker of parliament should take over in the event of the president's death, and organise new elections.

Déby, 68, had just been elected for a sixth term in office when the army announced on Tuesday that he had been fatally wounded in a clash with rebel Fact fighters in the northern region of Kanem.

He was a key ally of France in the fight against jihadist groups across West Africa and FrenchPresident Emmanuel Macron was among the foreign leaders and thousands of Chadians who paid their respects at his funeral.

Standing beside Déby's coffin, Mr Macron said: "You lived as a soldier, you died as a soldier with weapons in hand. You gave your life for Chad in defence of its citizens."

While he was in Chad, Mr Macron held talks with Gen Mahamat Déby Itno, along with the leaders of Burkina Faso, Mali, Mauritania and Niger, which are all battling various Islamist groups, some of which are linked to al-Qaeda and others the Islamic State group.