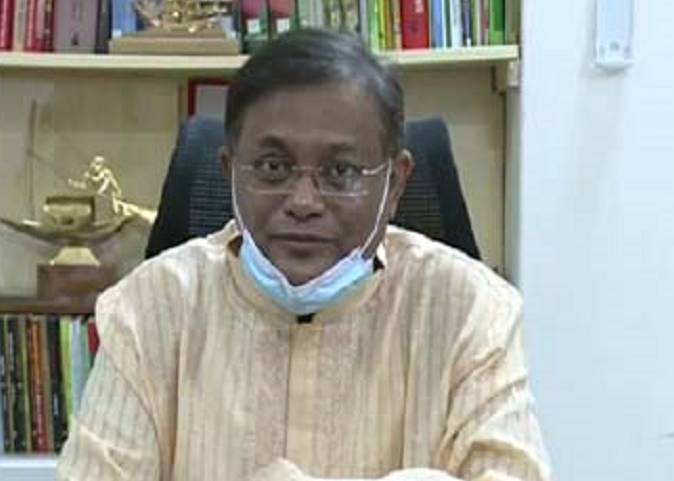 “Arrested Hefajat leaders started disclosing the truth. They have already admitted where and when the meetings were held and who funded,” he said while replying to reporters at his Minto Road residence.

Earlier, the minister virtually inaugurated food aid distribution for 2000 low income group families at his home constituency of Rangunia in Chattogram under his personal initiative.

Hasan said Indian newspaper the Economic Times and some Bangladeshi newspapers reported that BNP-Jamaat actively took part and financed in the countrywide mayhem carried out under the banner of Hefajat on March 26-28 in collaboration with Pakistani intelligence agency.

He said attacks were carried out on houses and properties of innocent people, vehicles were torched, arson attack was carried out in land office, deeds and papers of general people were burnt, houses were set on fire, fire service office and railway station and police station came under attack.

Ruination of heritages and antiques and even attacks on temples of other religions are not merely stray incidents, he said.

The minister said as part of a big conspiracy, the anarchy was created in the country targeting to oust the government and BNP-Jamaat completely extended support and funded in the incident while Pakistani spy agency also financed.

So, those who were involved with the anarchy and who extended support will not be spared by any means, he said.

Earlier, in his address during the inauguration of food aid distribution, Hasan called upon the leaders and workers of his party and associate bodies in his constituency to come forward to stand by the day-laborers, boatmen, rickshaw and van pullers, working class and low income group people during the coronavirus crisis.

He also asked the party men to continue their support to farmers in cutting paddy following the directives of Prime Minister and Awami League President Sheikh Hasina.

Under the initiative of the minister’s familial institution NNK Foundation, 2000 low-income families of Pomra, Hosnabad, Mariamnagar, Chandraghona and municipality areas under Rangunia upazila were given food aid.

The minister said the aid distribution will continue during the coronavirus crisis.