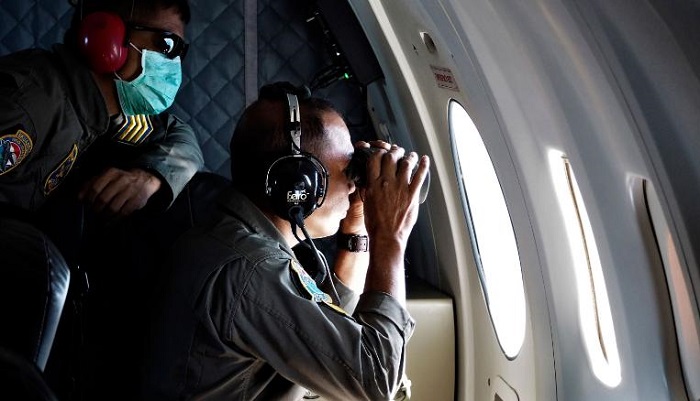 Debris believed to be from the missing Indonesian navy submarine has been found, Indonesian Navy Chief of Staff Yudo Margono told a news conference Saturday.

Six pieces of debris believed to be from the submarine, which was lost in the Bali Sea on Wednesday, were presented to journalists.

The latest update came as hopes faded for the 53 crew members who were expected to have run out of oxygen early on Saturday.

The debris believed to be from the missing submarine included a bottle of grease, part of a torpedo launcher, part of a metal tube, prayer mats and fuel, Yudo said. It was found floating at a location where the sea is 850 meters (930 yards) deep.

People who were on a previous mission on the KRI Nanggala-402 submarine confirmed that some of the debris belonged to the submarine, the navy chief of staff said. The bottle of grease matches what the crew would use to lubricate the submarine's periscope.

Yudo said an explosion was not believed to have occurred on the submarine but that heavy pressure on the vessel may have a created a crack through which some items escaped.

The United States is deploying a P-8 Poseidon submarine hunting aircraft to assist in the search and rescue operation for the submarine.

The Indonesian navy said it was sending search helicopters and ships to the area where contact was lost with the 44-year-old submarine on Wednesday as it prepared to conduct a torpedo drill.

Australia has also deployed a sonar-equipped frigate with a helicopter to help the submarine hunt, while a deep submergence rescue vessel is on route from India, as concerns grow the submarine might have been crushed by water pressure.

"The possibility of it having fallen underneath its maximum diving depth thereby leading to the implosion of the submarine will have to be considered," said Collin Koh, research fellow at the Institute of Defense and Strategic Studies.