Afghanistan: Have things improved since the Taliban? 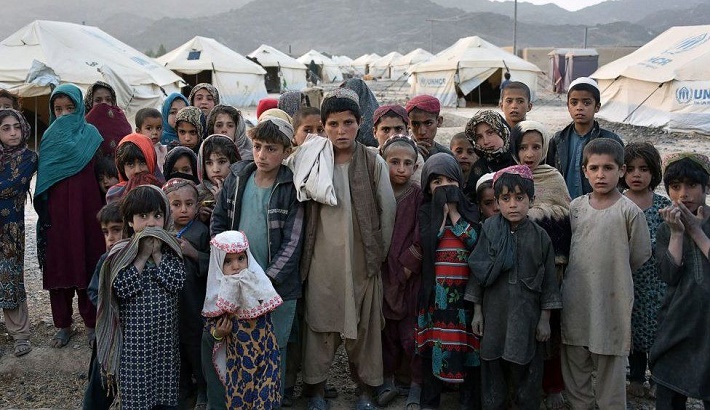 The US says its forces will leave Afghanistan by 11 September, almost 20 years after it invaded the country and ousted the Taliban leadership.

The UK's chief of defence staff, General Nick Carter, recently told the BBC that "Afghanistan has evolved hugely" over that time, pointing to improvements in the lives of women, and in education and in the media.

We've looked at what progress has been made in some of these areas, based on available data.

How violent is Afghanistan now?

Despite moves to reach a peace deal and allow for the withdrawal of foreign forces, violence has continued across Afghanistan in recent years.

In the first three months of this year, the UN says the number of civilians killed and injured was significantly higher than a year ago, with increasing numbers of women and children among them.

The majority of these were attributed to insurgent groups such as the Taliban.

It also noted a spate of targeted killings last year, often of figures from civil society, the media, the judiciary and the civilian administration.

In 2019, the BBC tracked violence during August, and found that an average of 74 men, women and children had been killed each day.

The year before, more civilians died in Afghanistan than at any time during the conflict - more than 3,800 - with more than 7,180 injured.

What's the situation for women?

Under Taliban rule in the 1990s, women were not allowed to work and were discouraged from going to school.

That changed in 2001, and data from the country's national statistics agency shows that although the majority working in government departments and major public bodies are still men, the number of women has grown in the past two decades.

There was also an increase in the number of male employees in that period, but the percentage rise for women was higher (69% compared with about 41% for men).

We don't know at what levels they are working, or how their salaries compare with male workers. And there doesn't appear to be data for non-state employees.

A recent US official report on gender equality said there were now "unprecedented" numbers of women in public office, with legal minimum quotas set for women in the national parliament, as well as in provincial and district councils.

What about education for women?

When you look at primary education, UN data shows that by 2012, the figure for girls enrolled had grown to more than 40%, although it's come down slightly since then.

The UN agency responsible for providing humanitarian aid to children, Unicef, said in a 2019 report that "girls in Afghanistan were significantly less likely to attend school than boys across all ages, but the gender gap widens from age 10 and peaks at 14".

It noted that of the 3.7 million children out of school, 60% were girls.

Unicef also says that in large parts of Afghanistan, especially in areas controlled by the Taliban and other insurgent groups, school enrolment rates for girls were very low.

Afghanistan's National Education Strategic Plan (2017 - 2021) acknowledges that investment in girls' education is necessary to ensure equality in access to education.

There are more women working in the education sector. By 2018, about one-third of Afghanistan's teachers were women, and literacy rates among girls have risen.

And going by official data for the period from 2002 to 2018, the number of female students at government universities has increased nearly seven times, more than the increase in that period for male students.

It is worth noting that, US officials monitoring reconstruction efforts in Afghanistan have pointed to issues with official data, saying that student enrolment figures may have been inflated for a number of reasons.

What about poverty levels?

Afghanistan is one of the poorest countries in the world, but after the US invasion in 2001, there was fairly rapid economic growth with international aid pouring in.

This was reflected in GDP figures which averaged 9.4% between 2003 and 2012, according to the World Bank.

But growth has slowed as aid flows have decreased, and the security situation has worsened. In addition, growing numbers of Afghans have returned from abroad since 2015, swelling the population.

A government survey of living conditions for 2016-17 found that more than 54% of the population were living below the national poverty line of 2,064 Afghanis per person per month (equivalent to about $31 or £25 as of 1 January 2017).

A more recent survey by Gallup in August 2019 pointed to severe droughts in the last few years affecting food security.

It said that nearly six out of every 10 Afghans told them they had struggled to afford food at times in the previous year.

The impact of the coronavirus pandemic is likely to have worsened the situation, given Afghanistan's relatively weak health and social support infrastructure.