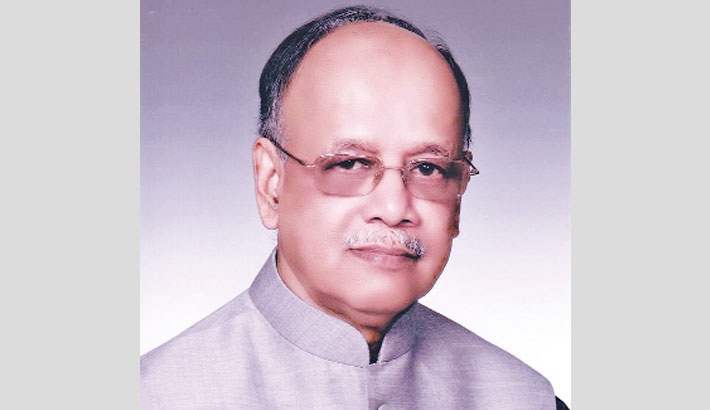 The Indian State of Paschimbanga (West Bengal) is in the midst of its State Parliament (Bidhan Sabha) election and at this moment the entire State is passing through frenzy though the Covid-19 pandemic is taking a heavy toll in India including Paschimbanga. The excitement has superseded all previous records as never before in the history of any State election in India did the central leaders of any ruling party, including the country’s Prime Minister and other senior ministers were so hell bent on defeating an incumbent Chief Minister. In this case it is Mamata Banerjee and her party Trinamool Congress (TMC).

Virtually every week the Indian Prime Minister or some senior cabinet ministers come to Paschimbanga to campaign for their candidates. Who gets elected is the choice of the voters.  Though the election is being held in another country people in Bangladesh do have some interest in this election as it is happening in Bengal. Once, Bangladesh and Paschimbanga was one single province or presidency. It was by sheer stroke of bad luck that Bengal along with Punjab was divided in 1947. In addition to that many people of Bangladesh have friends and divided family members in Paschimbanga and it is not unusual for people here to have some interest in this election.

Mamata Banerjee once was with Indian National Congress and even was a cabinet minister when Congress (UPA) was in power. Later she broke away from Congress and formed her own party Trinamool Congress (TMC) in 1998. In 2011 the voters elected her party to power in Paschimbanga, thus ending the long thirty four year rule of CPM and Left Front. Indian election is staggered over couple of months due to its number of voters and for better management. The results will be declared on May 2nd. As of now Mamata, who is commonly known as Didi or Pishi amongst her supporters is facing an uphill task as not only she has to battle the Central Ministers and the  administration but also this election saw an unprecedented horse trading as a number of her party members left to join BJP. These are internal matters of Indian politics.

What is disappointing and sad for people of Bangladesh is dragging Bangladesh into the election campaign by BJP and making unfounded remarks about Bangladesh which is not only far from truth but also it hurts the sentiments of the common people in this country. Bangladesh has always shown its gratitude for India’s help during our Liberation War, both materially and morally. During the current Indian government under Narendra Modi both countries have resolved quite a few long outstanding problems, including the exchange of enclaves, demarcation of land boundaries and resolving the maritime boundary dispute through the intervention of UN’s International Tribunal for the Law of the Sea (ITLOS). Bangladesh has shown extraordinary gesture by agreeing to allow India its sea and river ports for transit and transhipment of Indian goods to its seven North Eastern States and increasing the connectivity between the two countries by reopening three rail links and few other roadways for the benefit of India. Sheikh Hasina’s government has played the all-important role of ensuring security of India’s seven North Eastern States by uprooting all the insurgent camps inside Bangladesh which would regularly carry out deadly attacks in some of these seven states, sometimes with the help of Bangladesh’s state machinery during the Four Party rule under Begum Zia. Many of the current Indian political leaders may not remember the incident of 2004 when ten truckloads of modern arms and ammunitions destined for the NE Indian insurgents were intercepted in Chittagong. Such smuggling of arms was quite common during Begum Zia’s government. When Sheikh Hasina formed government in 1996 and 2009 her government not only clamped down on all the insurgents operating from inside Bangladesh, she also announced her government’s zero tolerance on such activities. She has always been very generous when it came to establishing connectivity with Bangladesh’s neighbours, more so with India.

When both Bangladesh and Indian governments are trying to improve their existing friendly relationship the all-important Indian Home Minister Amit Shah through some of his prejudicial remarks made recently in his election rallies in Paschimbanga has sent a wrong message to the people and the government of Bangladesh. Moreover, Amit Shah was once the President of the ruling party BJP and held important cabinet positions when Narendra Modi was the Chief Minister of Gujarat. In a number of election rallies Shah constantly kept on saying that once BJP wins enough seats to form a government in Paschimbanga, he will make sure that all infiltrators from Bangladesh will be thrown out and he even audaciously said people from Bangladesh regularly infiltrated India because they cannot find food in their country. Earlier the Union State Minister of Home Affairs of India, G K Reddy said that half of Bangladesh will empty out if India offers them citizenship. Such political rhetoric speaks of either their sheer ignorance of not only Bangladesh but also of their own country India or it could be done just to intentionally demean the honour and dignity of its all-important neighbour Bangladesh. If such rhetoric came from third tier party leaders it was understandable but when it comes from senior leaders it is very painful and unacceptable.

Contrary to whatever Amit Shah or G K Reddy thinks or says about Bangladesh and its people, the facts are entirely different from their perception. On October 19th 2020 ‘The Free Press Journal’ published from India wrote ‘Over a sixth of India is permanently hungry and undernourished. That is almost 190 million people who go to sleep hungry, on most days’. Similar reports were published in India Today on October 16th, 2017. Nothing much has changed since then. In the Global Hunger Index published in May 2020 out of 107 countries indexed, the position of India is 94th while Bangladesh stands at 75. There is no denying the fact that one of the common problems that exists in both India and Bangladesh is poverty and people do go hungry every day but the conditions in Bangladesh is not as bad as what Amit Shah or G K Reddy preach to their followers. Bangladesh today is the third top rice producing country in the world. It has achieved self-sufficiency in the production of fish, vegetable, poultry, potato. According to Government of India statistics, approximately 6.7 % per cent of country’s 1.37 billion people lives below poverty level. By any standard the headcount would be staggering. In Bangladesh of the total population of 165 million the figure stands at 10 % and needless to say the living condition of Bangladesh’s poor is much better than their counterparts in India. Part of this has happened because of many pro-people initiatives taken by the government, providing free education, access to electricity and safe drinking water and job opportunities, especially in the readymade garments sector. In many Indian cities, including Kolkata still one can find most of the downtrodden families living on sidewalks for ages which is uncommon in Bangladesh. The roadside water hydrants are still common in the city which was once the Capital of India. In a recent statistics released by IMF Bangladesh’s per capita income has overtaken India.

A Bangladeshi national daily (Bonik Barta) on 16th April published the per capita income of the neighbouring Indian states and showed that Pachimbanga’s per capita income stands at US$ 1,600 and Bangladesh’s figure stands at US$ 2,064. The figures are quoted from IMF and Reserve Bank of India sources. When such is the comparable overall situation why should people from Bangladesh rush to India for migration or in search of food because they are going hungry in their own country. On the contrary, according to a Dhaka based think tank, Refugee and Migratory Movements Research Unit (RMMRU) it is estimated that about seven hundred thousand people from India work in different sectors in Bangladesh, specifically in garments, textiles, IT and other service sectors and they remit no less than four billion dollars to India annually (Daily Prothom Al0, 29th December 2019). The current figures may even be higher. How many Indians work Illegally in Bangladesh is anybody’s guess. People from Bangladesh do go to India, legally for various reasons. They go for business, healthcare, shopping, vacationing, tourism, education and meeting divided family members. Every year 2.2 million foreign tourists visit India out of which one fifth is from Bangladesh. According to Indian High Commission in Bangladesh 1.5 million visas are issued every year to Bangladeshis to visit India and if each one visiting India spends at least two thousand US dollar the total amount could add up to billions. Since the Pandemic the regular travel, except on medical and business grounds, remains suspended which will have a very sever effect especially on Kolkata’s economy as  for the second consecutive year people from Bangladesh will not do their Eid shopping there or spend their Eid vacation. Usually, in any given year, on an average one hundred and fifty thousand Bangladeshis visit India, mostly Kolkata during the Ramadan and Eid. This will not be happening this year too and shutters of many business houses will not open. Illegal trespassing from both sides of the border is not uncommon and most of these are done by smugglers.

Governments will come and go and politicians will fade away but the friendly relationship existing between neighbours must scale newer heights with the passage of time. People to people friendship will continue getting stronger and nothing of these should stand in the way between the two countries because some politicians make irresponsible remarks and indulge in political rhetoric just for small political gains. In the end, let facts speak for themselves and ties between both the countries get stronger in days to come. Both Amit Shah and G K Reddy and others like them are welcome to visit Bangladesh and see for themselves where Bangladesh stands today after fifty years of its independence.

The write is an analyst and a commentator.