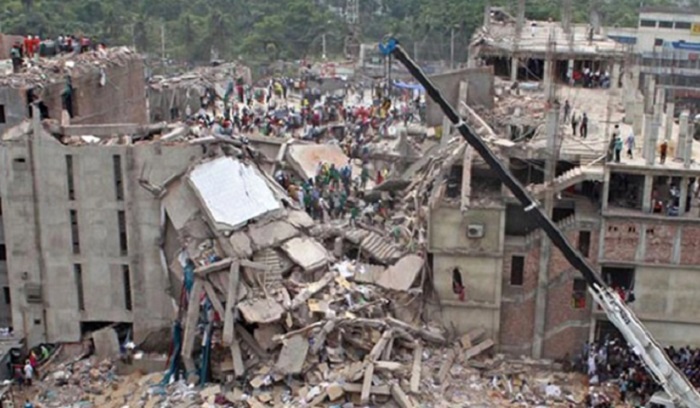 The country is observing horrific Rana Plaza tragedy today with great pain and despair as the owner and others concerned about the faulty building that claimed lives of 1,136 people mostly remittance earner RMG workers and maiming several thousands are yet to be meted out punishment.

Unlike other years, the instant anniversary of the tragic collapse was observed on limited- scale due to pandemic.

Various labour and right organisations started observing the horrific incident by candlelit vigil on the eve of the day on Friday evening.

Khairul Mamun Mintu, organising secretary of the Garment Workers Trade Union Centre, said the candlelit vigil was held at the altar of collapsed Rana Plaza at Savar of Dhaka.

The programme includes paying respect to the victims by the affected family members, union members and workers and short discussion memorising the tragic incident and relevant issues Saturday morning.