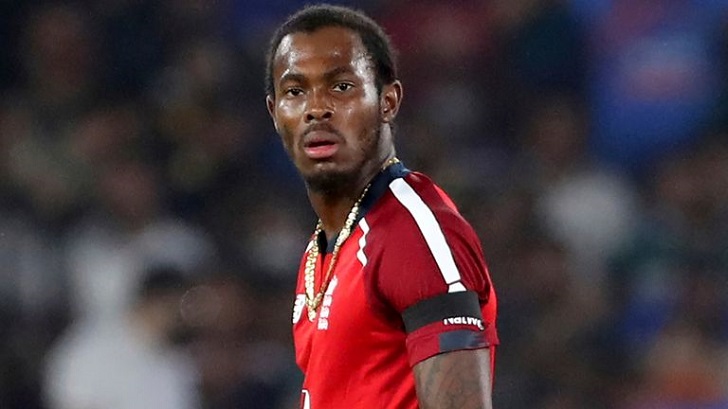 Fast bowler Jofra Archer has officially withdrawn from the Indian Premier League but is on track to be fit for England's first Test of the summer, cricket chiefs announced on Friday.

Archer missed the start of Rajasthan Royals' campaign after undergoing surgery to remove fragments of glass from a finger.

The 26-year-old has also been managing a long-standing elbow injury and it has been decided he will not linking up with the Royals.

"The England and Wales Cricket Board (ECB) has confirmed that England and Sussex bowler Jofra Archer will not play in the 2021 Indian Premier League," it said in a statement.

"Archer returned to bowling this week with higher intensity and the ECB and Sussex medical teams will continue to monitor his progress."

The paceman, who plays for county side Sussex, is expected to return to action in the next two weeks if he is pain-free.

England play their first Test against New Zealand at Lord's on June 2, the start of a packed summer schedule that also includes white-ball series against Sri Lanka and Pakistan and a Test campaign against India.

Archer is the third England player lost by Rajasthan this season, with Ben Stokes out after breaking a finger in the field and Liam Livingstone citing coronavirus bubble fatigue for his departure.

England wicketkeeper-batsman Jos Buttler remains with the side.

The world's richest Twenty20 tournament is taking place during a coronavirus emergency in India, which on Friday reported more than 330,000 new infections.