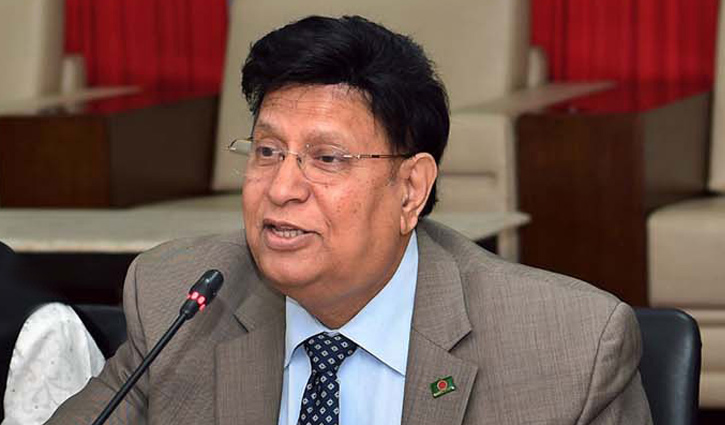 Foreign Minister Dr AK Abdul Momen on Friday expressed optimism over the promised international financial flow of US$100 billion, saying money is not a problem but the political commitment matters.

“I’m very optimist as always. The most important thing is political commitment,” he said noting that they have seen that commitment through the “Leaders Summit on Climate” hosted by US President Joe Biden.

Dr Momen said Prime Minister Sheikh Hasina pushed for the annual target of mobilising $100 billion as committed by developed countries in her speech at the Summit on Thursday.

In a virtual briefing, the Foreign Minister said they have to know how to get the money, and money is not a problem if there is a political commitment.

He termed the Leaders’ Summit on Climate is a “breakthrough” and expressed satisfaction over the commitment of the global leaders.

Bangladesh stressed that the funding should be distributed at a ratio of 50:50 between mitigation and adaptation. At the same time, adaptation without mitigation is not a good strategy.

The Leaders’ Summit on Climate underscored the urgency - and the economic benefits - of stronger climate action.

It is seen as a key milestone on the road to the United Nations Climate Change Conference (COP26) this November in Glasgow.

A key goal of COP26 will be to catalyze efforts that keep that 1.5-degree goal within reach.

The entire world faces “a moment of peril” but also “a moment of opportunity,” Biden declared, speaking from a TV-style chrome-blue set for the virtual summit of 40 world leaders.

The participants appeared one after other onscreen for what appeared to be a mix of live and recorded addresses.

“The signs are unmistakable,” Biden said. “The science is undeniable. The cost of inaction keeps mounting.”

Biden’s new U.S. commitment, timed to the summit, would cut America’s fossil fuel emissions as much as 52% by 2030.

It comes after four years of international withdrawal from the issue under President Donald Trump, who mocked the science of climate change and pulled the US out of the landmark 2015 Paris climate accord, reports AP.

Foreign Secretary Masud Bin Momen, was among others, present at the virtual media briefing.