3 women detained for ‘snatching pistol from police’ in Narail 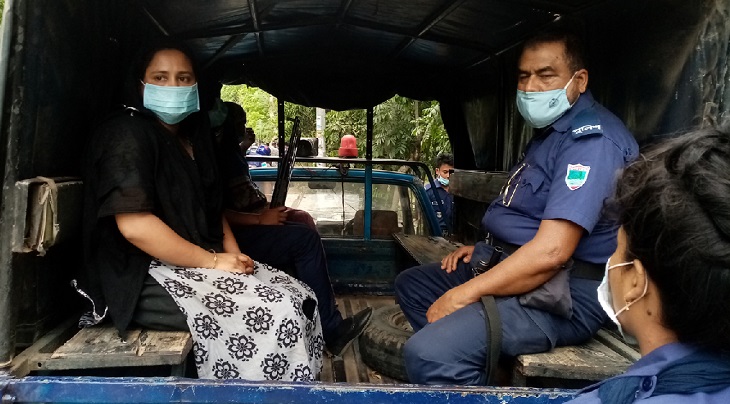 Three women have been detained from Narail’s Lohagara Upazila for allegedly snatching a pistol from police during a clash.

The detainees are – Jahanara Chowdhury, Selina and Sohana.

Freedom fighter Yusuf Sardar’s daughter Soheli said her brothers had gone to Mauli village to rescue their cousin Bulu Sardar who was reportedly being held and tortured at a house.

“Police obstructed my brothers and an altercation ensued. A policeman dropped a pistol during the scuffle but we returned it,” she said, accusing police of attacking her party, assault and vandalism.

Freedom fighter Asad Sardar, the brother of Yusuf, said the policemen assaulted his sister-in-law and daughter-in-law and hurled verbal abuse towards them.

But they were attacked by 20-25 people when they tried to dissuade Ohidur’s group.

Assistant Sub-Inspector (ASI) of Police Mikail Hossain has received first aid. ASI Mir Alamgir has been hacked with a sharp weapon in his head and left elbow. He has also been hit with a blunt object.

“A pistol with eight bullets was snatched from ASI Alamgir. It was recovered around 2:30pm from near a mosque,” Lohagara Police Station’s OC Syed Ashikur Rahman said. “We’re taking legal action.”