Migrant boat with 130 aboard capsizes off Libya: NGO 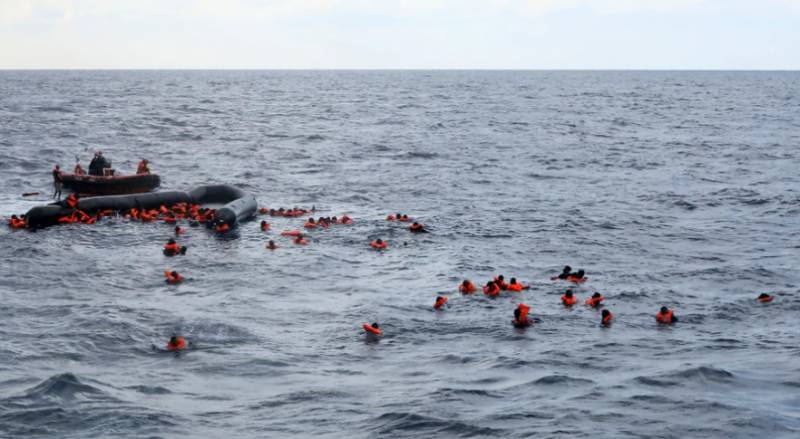 Ten bodies were spotted near a capsized rubber boat off the coast of Libya on Thursday, which had around 130 people aboard, a rescue charity said.

European humanitarian group SOS Mediterranee said it was alerted on Tuesday, by the volunteer-run Mediterranean rescue hotline Alarm Phone, to the presence of three boats in distress in international waters off Libya.

The NGO’s Ocean Viking ship, as well as merchant vessels, headed to the area in difficult conditions, with up to six-metre waves.

“Since we arrived on scene today, we have not found any survivors while we could see at least ten bodies in the vicinity of the wreck. We are heartbroken,” said Luisa Albera, search and rescue coordinator aboard Ocean Viking.

On Wednesday, the Ocean Viking spent all day searching for a wooden boat in distress, with no success. The fate of the 40 people onboard remains unknown.

More than 350 people have already lost their lives in this stretch of sea this year, not including Thursday’s victims, according to SOS Mediterranee.

Last week the United Nations refugee agency, UNHCR, and the International Organization for Migration said that at least 41 people, including a child, died after a boat carrying African migrants to Europe sank off Tunisia.