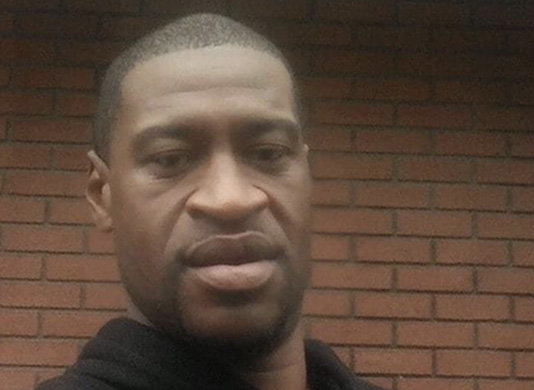 Politicians across party lines, civil society figures and legal experts in Bangladesh have expressed their happiness over the jurors verdict convicting a US police officer for killing George Floyd as it appeared as international reckoning on racial inequality in justice systems around the world.

She said the verdict would remain as a glaring example in minimising racial discrimination.

Her predecessor in NHRC Dr Mizanur Rahman said the jurors verdict was the outcome of “due process of law” that “gave you a sense of confidence that you will never be deprived of justice”.

He said many people initially feared the jurors verdict could be influenced by “public pressure or opinion” but the jurors eventually reached a consensus decision based on visual and scientific evidence and the court as well agreed with their judgment.

“We have lessons to learn from the verdict about the accountability of police . . . they cannot do whatever they want with suspects and they will remain above accountability calling their actions ‘innocent intension’,” Rahman said.

“The human dignity should get priority when the question of behavior comes,” he said and expected the justice system and police to keep in mind the example of the verdict.

“Despite being a policeman one was exposed to justice and destined to languish in jail for violating human rights,” he said.

The verdict, he said, established that police is not above of the law, which is important for ensuring rule of law and protecting human rights and equity based society.

“It will remain as a lesson not only for the USA but also for the whole world,” Inu said.

Hanif, however, said hundreds of such killings take place in the United States but Floyd’s murder shacked the entire world forcing the authorities there to expose the culprit to justice.

He noted that the trial process began ahead of the US presidential election and appreciated incumbent President Joe Baiden’s response to the issue.

“The USA is regarded as a world leader as many countries follow their thoughts and ideas and so . . . such instances will encourage other countries in ensuring human rights and democracy,” he said.

“We hope that the country which is followed by others should be more aware about democracy and human rights at their homeland,” he added.

An ex-officer of US Minneapolis police Derek Chauvin was kept in solitary confinement in a jail to await sentencing while immediately after the verdict was read out he was handcuffed and led away from the courtroom.

The jurors verdict came nearly after an year he knelt on the neck of black American George Floyd for over nine minutes while arresting him, resulting in his death.

“This verdict will remain as an instance for not only the USA, but also for the whole world . . . it also reflected the independence of the judiciary,” Hamid said.

Human Rights and Peace for Bangladesh (HRPB) President and SC lawyer Manzill Murshid said Floyd’s death had exposed the United States to a painful situation in terms of racial relations, scaring many people.

“The verdict appeared as a relief for everyone,” Murshid said.

Another SC lawyer JR Khan Rabin said the verdict of Floyd murder proved that all are equal in the eyes of law and it “upheld the spirit that no one is above law”.