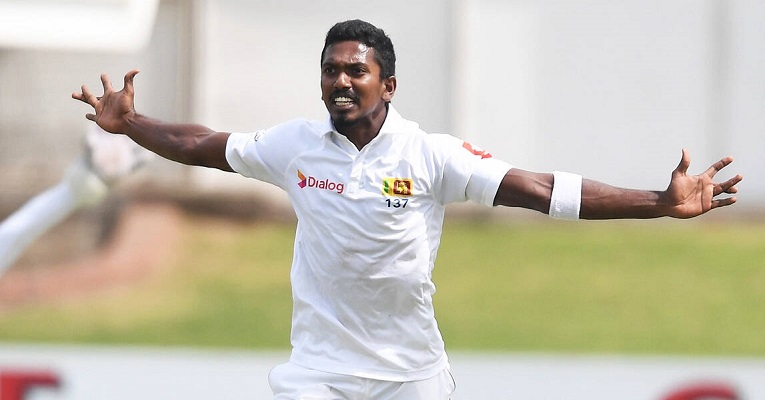 Sri Lankan pacer Vishwa Fernando on Thursday credited Bangladeshi batsmen for their brilliant batting display although he felt that their batsmen have the capability to surpass Bangladesh’s first innings total.

Bangladesh scored 474-4 at the end of the second day’s play with both Najmul and Mominul struck hundreds with other batters also made good contributions in the innings.

“They batted very well on this surface. But we have very experienced and talented batsmen. I think we’ll be able to get a bigger score than them,” said Fernando, who took the wickets of Saif Hassan and Tamim Iqbal on the opening day.

The 29-year old, however, claimed that they didn’t get that much support that they hoped from the wicket but was happy with their second-day performance.

“We didn’t get as much support from the wicket as we thought. We felt it was dry underneath and it’s now a batting wicket. We tried to get wickets yesterday thinking there would be assistance for the quicks,” he said.

“Because we tried to get wickets, we leaked a few runs. Tamim was able to score quickly against us. Today the plan was to cut down the runs and fence them in. We tried to bowl patiently and get the wickets that way. I think we did that,” he added.