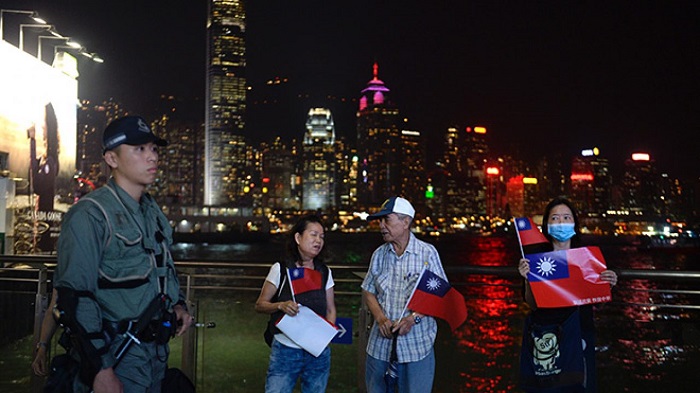 Despite New Delhi’s own statements that the vaccines were in fact delivered at the request of Paraguay, it was evident that, one way or another, Taiwan is increasingly going to be at the center of emerging fault lines in the Indo-Pacific.

Like most countries, India does not formally recognize Taiwan and adheres to the “One China” policy that has become the global norm. But, at the same time, its foreign policy seems to increasingly recognize the strategic importance of Taiwan and the benefits of more comprehensive bilateral ties, especially after the 2020 Galwan Valley clash with China.

For both countries, the economic benefits of increased partnership are clear. For one, India’s huge market provides Taiwan with major investment opportunities. The two signed a bilateral trade agreement in 2018. In 2019, trade between the two countries grew 18 percent, and around 200 Taiwanese companies in tech and manufacturing now operate in India.

There may well be more soon; the Taiwanese electronics firm Hon Hai (better known as Foxconn) has announced plans to establish a bigger presence in India, including to build a new plant in Maharashtra to the tune of $5 billion over five years. There are also joint projects in the works, including a $200 million investment agreement between Optiemus Infracom, an Indian telecommunications firm, and the Taiwanese Wistron Corp. to make telecom products in India.

The Modi government has even suggested the possibility of a free trade agreement with Taiwan on the lines of the cooperation agreements that Taiwan maintains with Singapore and New Zealand. Support is growing in New Delhi to formally start talks on a trade deal with Taiwan as both democracies see relations with China deteriorate.

The security calculations are obvious, too. Taiwan has an important role to play in the security and stability of the wider Indo-Pacific, especially at a time when China is threatening Taiwan more blatantly than ever before. The Indo-Pacific cannot be fully inclusive without Taiwan becoming integral to the larger regional bodies. New Delhi seems willing to reciprocate and move to substantially elevate ties with Taipei against the backdrop of its deteriorating ties with China.

And Taiwan, meanwhile, has been looking to engage with countries of the Indo-Pacific region through its New Southbound Policy, an initiative launched under President Tsai Ing-wen in 2016 that aims to enhance cooperation and exchange between Taiwan and countries in Southeast Asia, South Asia, and Oceania. “We have to think about the way for democracies, for like-minded countries, to work further together,” Foreign Minister Wu noted last year. “We have traditional, good relations with the United States, with Japan, and we want to develop closer ties with India as well.”

Tien Chung-kwang, who represented Taiwan in India for seven years, has been made Taiwan’s deputy foreign minister.

Acknowledgement of these dynamics has come at a time when other countries, such as the United States and Australia, are changing their stance toward Taiwan as well. For instance, during the tenure of former U.S. President Donald Trump, defense cooperation between the United States and Taiwan picked up pace.

The Trump administration announced in 2019 that it had sold 66 F-16 fighter jets to Taiwan for $8 billion, one of the single largest arms sales to the island in many years. The Biden administration has been equally supportive of Taiwan in its initial days and has signaled a strong commitment to Taipei.

Fear of provoking Beijing has historically worked to repel collaboration among the democracies of the Indo-Pacific, but as India increasingly comes to view China as a threat, it is natural to expect greater coordination and cooperation between New Delhi and Taipei.

Yet beyond the China question, there are plenty of other benefits for the countries in the areas of trade, research, global health, technology (electronics, semiconductors, and 5G, where Taiwan is one of the global exemplars), tourism, and the like. And as two democracies, greater political engagement should come naturally.