Those who make statements in favour of hypocrisy also hypocrites: Hasan 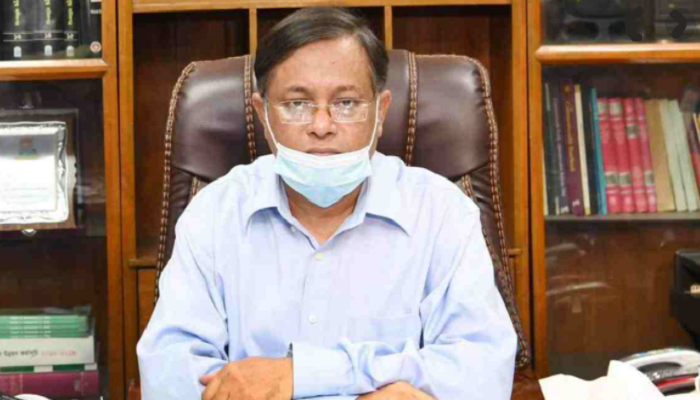 While responding to a question about Nagorik Oikya convener Mahmudur Rahman Manna’s demand for the release of Hefazat leaders, he made the comment after addressing a webinar from his Minto Road official residence here.

Hasan said that Hefazat leaders are spoiled and it is proved today as they promptly announced the legitimacy of Mamunul’s immoral and un-Islamic acts in the light of Islam.

At the same time, he said, Hefazat men carried out vandalism across the country, set fire on homes of innocent people, their properties, vehicles and land offices, conducted attacks on fire stations and rail and police stations, and removed walls on highways under their leadership, but they denied all the things.

“They have denied the truth…so those who make statements in favour of the liars, and spoiled and hypocritical leadership also fall into that category,” the AL joint general secretary said.