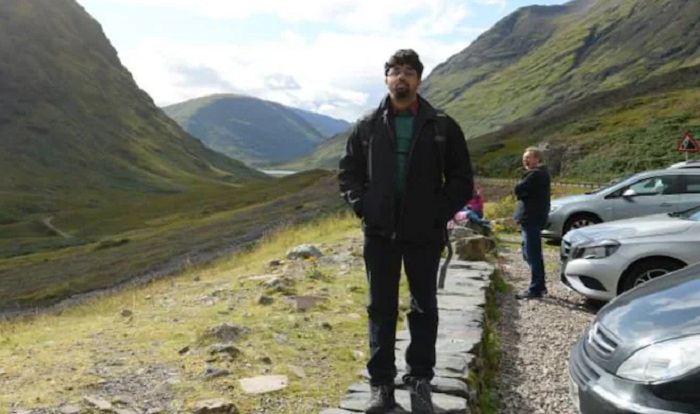 Sitaram Yechury took to Twitter to announce the news. "It is with great sadness that I have to inform that I lost my elder son, Ashish Yechury to Covid-19 this morning. I want to thank all those who gave us hope and who treated him - doctors, nurses, frontline health workers, sanitation workers and innumerable others who stood by us," he wrote on Twitter.

Ashish, a journalist by profession, would celebrated his 35th birthday on June 9 had he been alive. He was under treatment at Gurgaon’s Medanta Hospital. His sudden death at 5.30 am after a two-week battle with the disease was a “shock” to the family and well-wishers.

The senior Left leader informed that the last rites of his son would be performed on Thursday afternoon. “I thank all of you who have shared our sorrow. I thank everybody who gave us strength to be able to face this dark hour. I know that I am not alone in my grief, with this pandemic consuming countless lives,” he added.

The Polit Bureau of the Communist Party of India (Marxist) said, “We convey deepest condolences to Sitaram and Indrani, his wife Swati, his sister Akhila and all other members of the bereaved family.”

Stating that he is “grieved beyond words” at the news, President Kovind said, “In this moment of profound grief, my deepest condolences to Shri Sitaram Yechury, his family and loved ones. May you find the strength to bear this irreparable loss.”

“Deeply shocked and anguished by the untimely passing away of Ashish Yechury, son of Shri Sitaram Yechury due to Covid-19. My heartfelt condolences to Shri Sitaram Yechury and all other family members in this hour of grief. Om Shanthi,” the Vice President wrote on Twitter.

Modi said, “Condolences to Shri Sitaram Yechury Ji and his family on the tragic and untimely demise of his son, Ashish. Om Shanti.”

Senior Congress leader Randeep Singh Surjewala also took to the microblogging site to express his grief. “Deeply sorry for your loss. No words can take away the immeasurable pain of losing a loved one at such a young age. May God give you the strength to heal and cherish his memories forever,” he wrote.

West Bengal Chief Minister Mamata Banerjee said she was “shocked and sad” at hearing the news and “extended her condolences to the grieving family”.

Kerala Chief Minister and fellow comrade Pinarayi Vijayan said, “Dear comrade Sitaram Yechury, our deepest condolences on the loss of Ashish. Our thoughts are with you and your family during this difficult time.”

Ashish, who studied at the Asian College of Journalism, Chennai, worked in several publications, including the Times of India in Delhi, before moving to Pune.