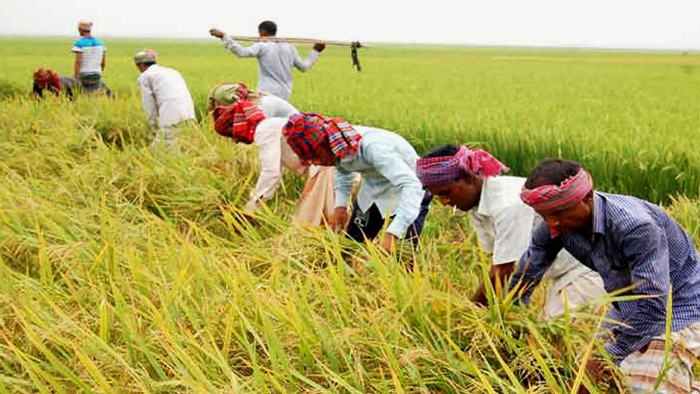 Almost all the day and farm laborers of the district have become jobless and they have been passing their idle time for want of work during the lockdown imposed by the government to halt the spread of coronavirus.

In this circumstance, the district administration, district police and the Department of Agricultural Extension (DAE) has taken up an initiative to send farm laborers to haor areas of the country to cut Boro Paddy produced during the current Robi season.

Gana Unnayan Kendra (GUK), a local non-government reputed organization is also assisting them to send the laborers from the district without any trouble, said Aftab Hossain, coordinator of GUK.

In the last few days till Wednesday, as many as 283 efficient farm laborers from the district were sent to different parts of the country to cut paddy.

On Wednesday, some 250 farm laborers of the district were sent to Cumilla district.

Earlier, superintendent of police (SP)Muhammad Towhidul Islam gave some directions to the labors and asked them to maintain discipline during the working period.

Deputy director(DD) of the DAE agriculturist Masudur Rahman told this correspondent that as many as 10,000 farm laborers would be send to different districts including Sunamganj, Kishoreganj, Cumilla, Natore and Bogura to cut Boro paddy there during the current Boro season.

In reply to a query the DD said, over 800 farm labors of the district had already been given certification paper to cut Boro paddy going to Haor areas of different districts in the country.