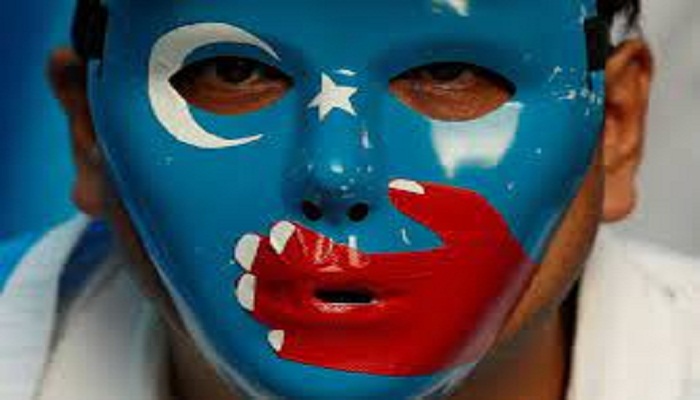 The Chinese government is committing crimes against humanity in its treatment of the Uyghurs and other Turkic Muslims in the northwest region of Xinjiang, according to a report released by Human Rights Watch (HRW).

The report states that the Chinese leadership is responsible for widespread and systematic policies of mass detention, torture, and cultural persecution, among other offences.

"Coordinated international action is needed to sanction those responsible, advance accountability, and press the Chinese government to reverse course," the report said.

"The report identified a range of abuses against Turkic Muslims that amount to offences committed as part of a widespread and systematic attack directed against a population: mass arbitrary detention, torture, enforced disappearances, mass surveillance, cultural and religious erasure, separation of families, forced returns to China, forced labour, and sexual violence and violations of reproductive rights," HRW added.

"Chinese authorities have systematically persecuted Turkic Muslims - their lives, their religion, their culture," said Sophie Richardson. "Beijing has said it's providing 'vocational training' and 'deradicalization,' but that rhetoric can't obscure a grim reality of crimes against humanity."

China has been rebuked globally for cracking down on Uyghurs. Beijing has been accused of sending its Muslim minority to mass detention camps to undergo forcible re-education or indoctrination.

Beijing, on the other hand, has denied that it is engaged in human rights abuses against the Uyghurs in Xinjiang while reports from journalists, NGOs and former detainees have surfaced, highlighting the Chinese Communist Party's brutal crackdown on the ethnic community, according to a report.