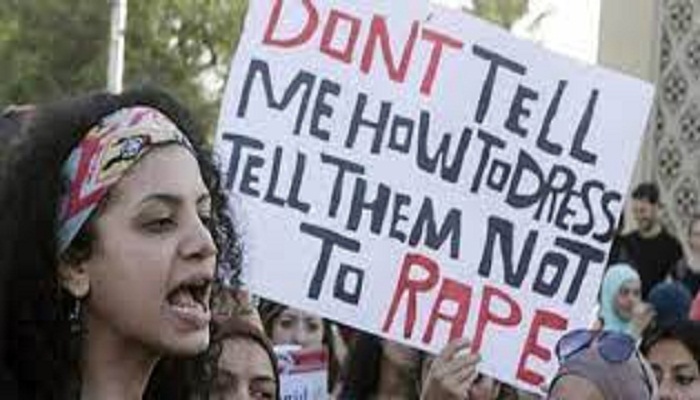 Prime Minister Imran Khan’s recent remarks on the need for purdah to control rape have been widely condemned. In a TV address, the premier’s statement about vulgarity and rape faced serious opposition and criticism, both domestic and international. In his speech, the prime minister said: “What is the concept of Purdah? It is to stop temptation because not every man has the willpower. If you keep increasing vulgarity, it will have consequences.”

While further explaining his point, Khan gave the example of the United Kingdom stating that when he went to the UK at the age of 18, he saw the impact of vulgarity through adult movies, especially on its family system. “Earlier, there was only one divorce out of 17 marriages, now the divorce rate is 70% and same happened with India when Bollywood started to copy Hollywood, and now New Delhi is called Rape Capital,” he stated.

The premier further said that as a society, we need to work to counter the issue. “The philosophy behind purdah concept is to save family system,” he asserted.

Right after the statement, an outrage sparked on social media, especially from women’s rights activists. Tahira Abdullah, a leading activist, said: “I feel that it is not just the women of Pakistan, it is also the men of Pakistan who have been slapped in the face by the prime minister because he said that men are unable to control themselves. They can’t control the temptation of seeing women in public without being veiled.”

Meanwhile, a statement was also issued signed by hundreds including rights activist groups and individuals seeking an apology from Khan. “It is rape apologia to link the crime of rape, which is a crime of power and control, with ‘temptation’ and ‘obscenity’. This reflects a lack of understanding of the causes of sexual violence, provides justification and further emboldens those who perpetrate this heinous crime.”

Human Rights Commission also expressed its disappointment over Khan’s statement, calling it “appalling”. “We demand an immediate apology and renewed commitment on the government’s part to tackling rape as it should — as an act of violence, of power.”

After the backlash, Prime Minister Office issued a statement, saying that the Khan’s statement was taken out of context. “The prime minister spoke about the societal responses and the need to put our efforts together to eliminate the menace of rape completely. Unfortunately, part of his comment, consciously or unconsciously, has been distorted to mean something that he never intended.”

Meanwhile, Pakistan’s top scholar Mufti Taqi Usmani and Special Representative to Prime Minister on Religious Affairs Hafiz Muhammad Tahir Mehmood also defended the premier. Ashrafi said: “Some segments of the society launched a baseless campaign against the premier by angling his statement and attempted to show as if PM Imran had committed a crime.”

Experts say the problem with Khan is the choice of words. In this case, he oversimplified the cause of rape. Some believe that vulgarity can be the reason of rape, and one can prove the point from the interviews of serial killers in the USA, for example, Ted Bundy accepted adult movies played a major role in his killing spree, however calling vulgarity the only reason of rape is unacceptable.

As Khan’s former wife Jemima Goldsmith wrote ‘Say to the believing men that they restrain their eyes and guard their private parts’ Quran 24:31.”

Critics have condemned the focus on purdah to stop the rape cases, saying it is not the solution. They maintain that society needs to be educated, punishments needed to be implemented, and the whole legal structure needed to be fortified to counter this menace.