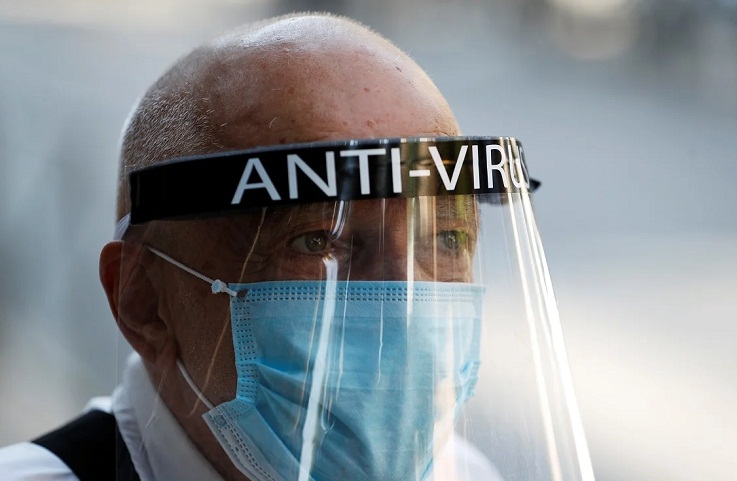 For obvious reasons, the global distribution of vaccines has become a central feature of foreign policy, particularly for two of the world’s fastest-growing economies: China and India. Yet, while China may have had a head start on vaccine development and dissemination, it has certainly not “won” the race as of yet, and India is in a prime position to displace its neighbor.

The utmost concern for China’s strategy is the poor quality of its Sinopharm vaccine, which, according to tests by the Brazilian CDC, is only 50 percent effective, compared to the 78 percent initially claimed by the developers. During a conference on Saturday, the director of the Chinese Center for Disease Control and Prevention, Gao Fu, even admitted that the vaccines have low effectiveness. This disappointing fact—not to mention China’s continued refusal to release stage three trial data—is hardly shocking given the internal issues that have long plagued China’s pharmaceutical industry, which like all areas of Chinese Communist Party (CCP) oversight, is heavily skewed by state mandates, corruption, and bribery, with real implications for the products involved.

Just between 2018 and 2020, there were fifty-nine corruption lawsuits involving Chinese vaccine companies and fifty-four involving the bribing of local officials. A recent New York Times report revealed that Shenzhen Kangtai Biological Products, one of China’s largest vaccine makers, is currently muddled in a bribery scandal after their vaccines were approved and rolled out for commercial use suspiciously quickly. A government official has been jailed but executive Du Weimin—and his $3 billion fortune—remained untouched, not to mention his affectionate “king of vaccines” accolade that was granted by the Chinese state media. That Chinese authorities are not only inept at handling this level of corruption—with such crucial implications for Beijing’s international perception nonetheless—but are in fact deeply implicated within it, is surely bad news for its eagerness to consolidate soft-power gains of prestige and goodwill via global vaccine gifting.

Unsurprisingly, the faith of the Chinese public itself in the vaccination program remains so low that by mid-March only 4.5 per 100 people had taken the vaccine, including health professionals. In a desperate bid to increase uptake, authorities in Daxing District have allocated 200 million yuan to put toward shopping discounts for people who can offer proof of vaccination. There are also growing reports from Chinese social media that local businesses, universities, and government departments are taking part in forced vaccination programs, even for pregnant women—contrary to national guidelines that claim all vaccines are voluntary—which is likely behind the rise in uptake shown by recent data. This carrot-and-stick approach is just as apparent in China’s overseas rollout, in Brunei and the Philippines for example, vaccine shipments have been linked with new loans and grants for previously stalled “Belt & Road” projects. Yet the nations at the mercy of China’s rollout, well over half of which are ranked as low-income by any reliable index, are of course generally more than happy to take the risk of ineffective vaccines if it means they can get their economies up and running again. But China is hardly the only player in this game.

While only five Chinese vaccines have currently been pre-approved for export by the World Health Organization, India has developed forty-seven that have passed WHO requirements. Although India already accounted for 20 percent of global generic medicine production pre-pandemic, its current share of 60 percent of global vaccine-production capacity (the largest in the world), is particularly impressive given China’s apparent relative advantage in the health sector when it comes to infrastructure and funds. While Chinese president Xi Jinping boasts of Beijing’s “Health Silk Road,” it has been clear since mid-March that New Delhi is increasingly getting up to speed with its northern neighbor. Indeed, on January 20, Indian prime minister Narendra Modi announced the “vaccine maitri,” or vaccine friendship, initiative just days after India began its nationwide campaign. India has already provided seventy-two countries with around 60 million doses of vaccines. This month Bhutan, a small but strategic nation in the India-China border disputes, is set to vaccinate its entire population, due to India’s “gift” of 150,000 doses of Covishield vaccines manufactured by the Serum Institute in India—followed by a second shipment of 400,000 vaccines in March.

But while China’s role in the vaccine race has been motivated by its desire to provide an “alternative” to Western cooperation, even at the risk of exporting an ineffective vaccine, India’s success is a joint venture with its Western and Pacific allies. During its inaugural digital summit on March 12th, New Delhi met with its partners in the so-called “Quad”—an informal grouping of the United States, Japan, Australia, and India—to accelerate the latter’s capacities. It was agreed that the Quad would supply at least one billion vaccine doses to Indo-Pacific nations by the end of 2022, and the United States, Japan, and Australia pledged to bankroll the manufacture and transport of the vaccines by Indian firm “Biological E.” While parts of India currently face vaccine shortages as cases rise, cooperation with the “Quad” and other Western allies continues to give India a profile of legitimacy and transparency on global health that China is currently incapable of.

India, therefore, may yet be more successful at proving itself a robust and trustworthy global health partner than China has been at placing itself as an “alternative” to the West. While India’s low per capita income and poor health care facilities have certainly proved a hurdle, its achievement in controlling Covid-19 outbreaks has been hailed by many public health experts. Moreover, its administration’s relative openness, and its general willingness to cooperate with the transparency and rigor of “Western” medicine, makes it a much more attractive long-term partner than China, whose global vaccine shipments appear a rushed and desperate bid for legitimacy in the wake of their failure to stop the global spread of Covid-19, and come with many more unpleasant strings attached.