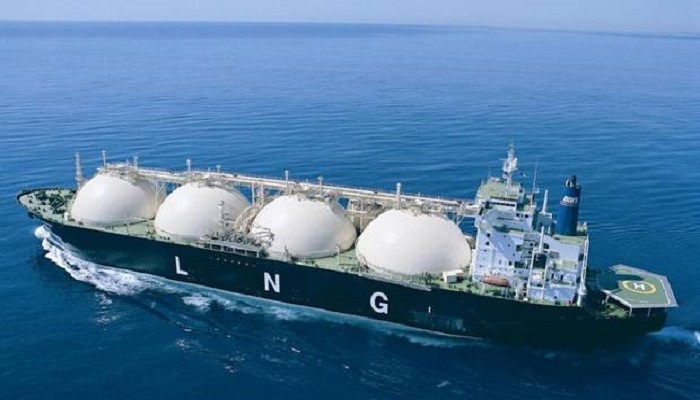 The government will procure another 33.60 lakh MMBtu of LNG from the controversial Singapore-based supplier Vitol Asia Pte Ltd at a cost of around Tk 2.68 billion to meet the growing demand of LNG in the country.

The purchase proposal was approved at the meeting of the Cabinet Committee on Government Purchase (CCGP) held virtually on Wednesday with Finance Minister AHM Mustafa Kamal in the chair.

With this purchase this year’s total spot market LNG purchase from Vitol Asia will stand at 134.5 lakh mmbtu.

In February, the government okayed two proposals to procure 67.2 lakh mmbtu from the company and in March another 33.6 lakh mmbtu LNG purchase proposal was approved.

According to Bloomberg, its US unit last December agreed to pay over $160 million to settle allegations of conspiring to pay bribes in Latin America and attempting energy market manipulation.

He also informed that the meeting approved a total of eight proposals.

The day’s meeting approved a proposal from the Health Services Division under which Community Based Health Care Authority (CBHC) will procure some 80,734 cartons of 27 types of medicines from the Essential Drugs Company Ltd under Direct Procurement Method (DPM) at a cost of around Tk 1.40 billion.

The finance minister said these medicines would be procured for countrywide 13,881 community clinics.

The meeting approved a proposal from the Road Transport and Highways Division under which the package number PW-02 of the project for installing excel load control centers on the sources of goods transportation on the important highways has been awarded to Spectra Engineers Ltd at a cost of around Tk 1.88 billion.

Kamal said such excel load control centres are being installed on various highways.

Under a proposal from the Local Government Division, China GEO Engineering Corporation will erect 124km sewer pipelines, three sewerage pumping stations and 13,800 service connection works under the project for improving the sewerage system of Khulna at a cost of around Taka 6.97 billion.

In another proposal from the Road Transport and Highways Division, the CCGP meeting approved an additional Taka 13.43 crore as variation for the 25-km road development from Cox’s Bazar to Ukhia under the package number WP-01 of Cox’s Bazar-Teknaf Road (N-1) Development project.

Besides, the meeting also approved an additional Tk 163.1 million as variation for the 25km road development from Ukhia to Unchiprang under package number WP-02 of Cox’s Bazar-Teknaf Road (N-1) Development Project.

Apart from these, the day’s meeting approved two separate proposals from the Ministry of Railways under which the package number WD-01 of the construction of broad gauge rail tracks from Modhukhali to Magura via Kamarkhali project has been awarded to the joint venture of CREC and CCL, Dhaka with at a cost of Tk 4.34 billion.

The package number WD-2 under the same project has been awarded to the joint venture of CRCC and MAHL, Dhaka at a cost of around Tk 4.49bn.

Prior to the CCGP meeting, the meeting of the Cabinet Committee on Economic Affairs was held virtually with Finance Minister AHM Mustafa Kamal in the chair.