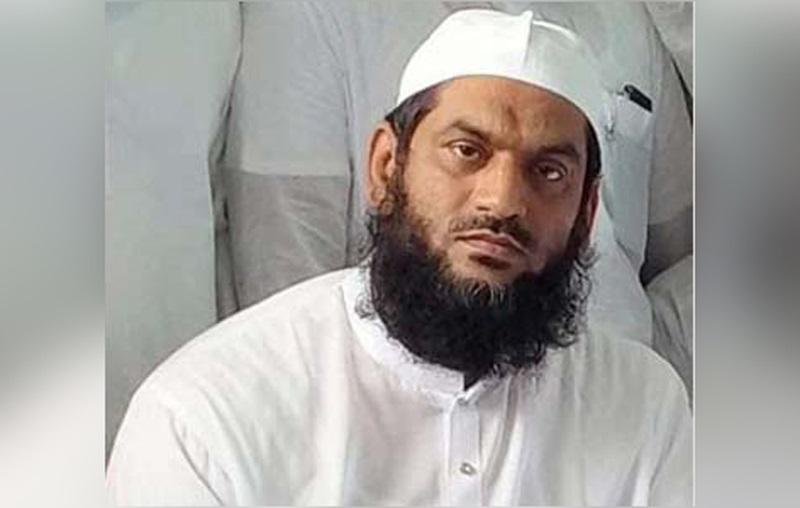 Radical Islamic advocacy group of madrassah teachers and students ‘Hefazat-e-Islam’ [“Protectorate of Islam”] which operates in Bangladesh is occupying the headlines for all the wrong reasons. The Joint Secretary General of Hefazat-e-Islam Allama Mamunul Haque was held on the afternoon of April 3, 2021 at the luxurious Royal Resort Sonargaon in Narayanganj district – near Dhaka city with someone else's young wife. After the matter became known in the area, an agitated crowd entered the resort and confronted the woman and Mamunal Haque. Upon receiving the news, the police went there and rescued Mamunul Haque from the hands of the agitated crowd. Videos circulated on social media showed Mamunul altercating with locals. He is heard saying that the woman is his second wife. Sonargaon police officials had to detain him in order to protect him from the crowds. But as rumours of his arrest circulated, stick-wielding supporters of Hifazat launched an attack on the resort, vandalised it and threw brickbats in a bid to free him. Later Hifazat supporters vandalised cars and burnt tyres blocking the Dhaka-Chattogram Highway.1 Mamunul is also the Secretary General of Bangladesh Khelafat Majlish, a political party promoting Caliphate rule. Mamunul is particularly infamous as a hardline Islamist leader who frequent speaks against atheists, secularists and anti-Islamists.

He also is against secular newspapers and journalists. Haque demands death penalty for committing blasphemy while is also promotes radical Islam and jihad. As details of his latest illicit sex scandal emerged, in a leaked phone conversation with his wife, Mamunul was heard saying that the woman was the wife of a person called Shahidul Islam, reported Bangla Tribune. But during his altercation at the resort, he had claimed that the woman with him was his second wife who he had married secretly. This emerged as falsehood when the video statement of a boy named Abdur Rahman became viral. He is apparently the son of Jannat Ara Jharna (26), the woman found in the resort with Mamunal. Jannat Ara has two boys who are living with their father. In the video, the boy states that “I could not show my face in front of the society.” Abdur Rahman blamed his father's blind faith in Mamunul Haque for such an incident. He accuses Manumul Haque of betraying the faith and friendship of his father Shahidul Islam, and of completely destroying the happiness, love and harmony of a family and warns that, “Don't be a blind fan of anyone. Do not blindly trust anyone.”

This is not the first time Manumul Haque is known to create controversy. His organisation the Hefajat came under the spotlight after Junayed Babunagari became its new Amir following the death of Shah Ahmed Shafi in September. Under the new leadership, Hefazat became vocal on various issues including installation of Bangabandhu Sheikh Mujibur Rahman’s sculpture in the capital.

The government has lodged sedition cases against Mamunul Haque and Hefazat-e-Islam Ameer Junayed Babunagari, over their anti-sculpture remarks. In 2017, supporters of Hefazat-e Islam had protested against the display of a figure of the Greek goddess of justice at the supreme court, calling it a measure and conspiracy to undermine Islam in Bangladesh. Recently, he and his organisation Hefazat-e-Islam were in the spotlight following its involvement in the deadly violence during demonstrations protesting the Indian Prime Minister’s visit to Bangladesh from March 26 to 27, and the mayhem its supporters resorted to across the country during a countrywide shutdown. There is sufficient evidence to indicate that Maulana Mamunul Haque, held secret meetings in different parts of the country, including Dhaka, to create chaos ahead of the grand celebrations of golden jubilee of Bangladesh's Independence and birth centenary of Bangabandhu Sheikh Mujibur Rahman.

Dhaka South Jubo League's Deputy Office Secretary Khandaker Arifuzzaman has alleged that leaders and activists of Jamaat- Shibir, BNP and Hefazat, as per the order of Mamunul, carried out an attack on him and other devotees at the Baitul Mukarram in Dhaka. The miscreants under the direct instruction of Mamunul Haque, attacked the Kahandaker and others with local and foreign firearms, including knives, axes, swords, hammers, and sticks. A case has been filed against Mamunul Haque and 16 other leaders for the recent violence in Baitul Mukarram. Only a week prior to the violent nationwide protests during Bangladesh’s independence day, he led an attack on Hindu homes in Shalla upazila of Sunamganj. The attack took place after Allama Junaid Babunagari, and Mamunul Haque and several other central leaders attended a conference at Derai upazila on March 15, 2021. Several thousand followers of Mamunul Haque from Kashipur, Nachni, Chandipur and some other Muslim-populated villages gathered in the Noagaon village on March 18 and attacked the homes of local Hindus.

Founded only a few years ago, Bangladesh’s Hifazat-e-Islam has recently been thrust onto the centre-stage of national politics by an extraordinary set of circumstances. The group is the fountainhead of hundreds of madrassas in the port city of Chittagong, teaching only Islam, with Arabic as the medium of instruction. Hifazat’s goal is clear. It wants Bangladesh to run totally on Islamist precepts, and to end secularism that has long been one of the declared principles of the country. The Awami League government alleges that Hefazat is front for Jamaat e Islami and seeks to derail the International tribunals for the war crimes committed in 1971.

"Hefazat leader Mamunul set vehicles on fire and attacked people... after then he went to spend holidays with a beautician in a resort, whom he claimed as his second wife...,” she said.