Sputnik V shot to cost ₹ 750, to arrive by May-June in India 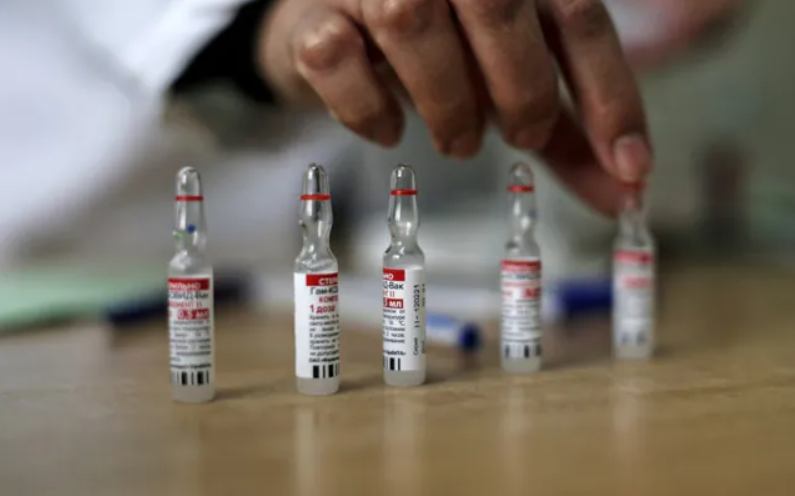 Russia's Sputnik V Covid vaccine will be sold at $10 (around ₹ 750) a dose in India, its India manufacturer Dr Reddy's Labs has told NDTV. Several hundred thousand doses will be available in the country in May-June through imports, says GV Prasad, Managing Director of Dr Reddy's.

Sputnik V is the third vaccine to be cleared for use in India at a time the country's demand is expected to shoot up after vaccinations are opened to all adults from May 1.

Asked how many doses would be available by May-June, Mr Prasad said: "That is still being negotiated, by several hundred thousand is my view."

On the question of prices and different caps, he revealed that the upper limit would be 10 dollars, the global price.

"Firstly, the imported product would only be for the private market, it is allowed for the private market completely. Our partner wants to price it globally at a similar level. The global price is $10 and I am hoping that will be the ceiling in India. So initially we will start with that, once we start manufacturing, we will have to start exporting some of it and give it to the public markets in India and that pricing model we will have to figure out in the next coming weeks. The ceiling being $10 it should be little less than that. That product will be available both for the public and private market," he said.

Dr Reddy's will ramp up manufacture of the vaccine in India after the initial imports.

"The cost of Sputnik V may be marginally lower when its production starts in India," said Mr Prasad.

"After the imported vaccine is exhausted and by the time the India thing comes, we will have probably a...not one price for all of India, the private market will be a premium market."

Sputnik is set to be the costliest shot so far in India.

Serum has said Covishield - developed by Oxford-Astrazeneca -- will be sold at ₹ 400 a shot to state governments and ₹ 600 to private hospitals. The centre will continue to receive Covishield doses at ₹ 150 each.

Can Sputnik V protect against the new mutant strains in India?

"I have very early-stage data, and it is not good for me to say anything on that, but all vaccines seem to have some efficacy on the mutants. And the important thing is even if the mutant is there, and you are vaccinated the symptoms are relatively mild. So being vaccinated is important. I think like the seasonal flu, we will see booster shots tailored for mutants every season. Eventually, I think the pattern will get established but at this point it is a bit too early to speculate on that," Mr Prasad said.

Sputnik V will be transported at -18 degrees Celsius using the existing cold chain for the measles vaccine, he added.

"The current temperature recommended is -18 degrees to -214 degrees. We have a measles vaccine supply chain historically in India which is at -20. We are going to leverage that and we have also augmented some of that with cold storage points at various parts of the country across the country," Mr Prasad told NDTV.

Sputnik V is the only Covid shot other than those of Pfizer and Moderna to show an effectiveness of over 91 per cent against Covid-19 when taken in two doses, 21 days apart.