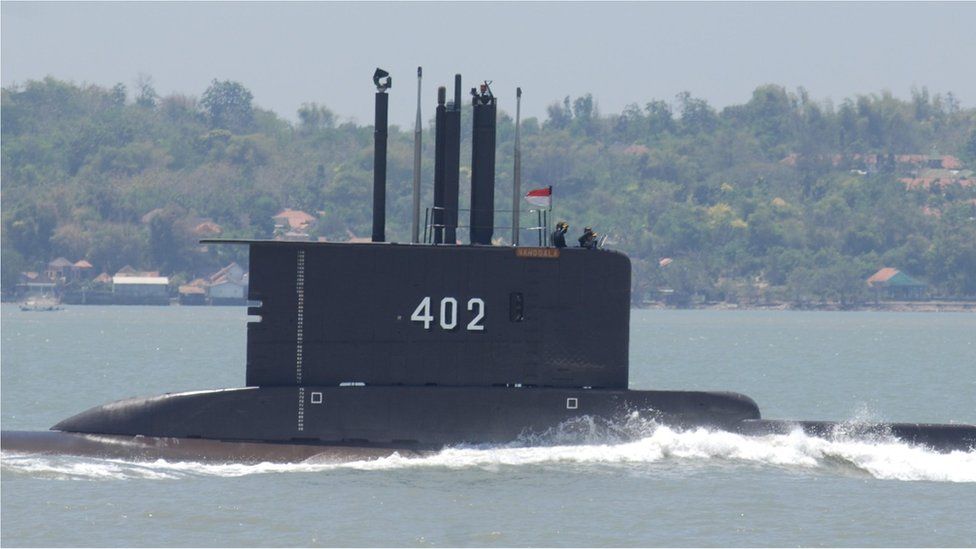 Indonesia has launched search efforts for a navy submarine which has gone missing with 53 people on board, officials say.

The submarine was conducting a drill in waters north of the island of Bali but failed to report back the results.

Officials have called on Australia and Singapore to help in the search. The countries have not publicly commented.

The German-made submarine is thought to have disappeared in waters about 60 miles (96km) off the coast of Bali early on Wednesday morning.

"[The navy] is currently searching for it. We know the area but it's quite deep," First Admiral Julius Widjojono told AFP news agency.

Some reports say contact was lost after the submarine had been given clearance to dive into deeper waters.

The vessel is one of five submarines operated by Indonesia.

It was made in the late 1970s, and underwent a two-year refit in South Korea that was completed in 2012, according to Reuters news agency.