Russia's Putin to give key speech amid tensions with West 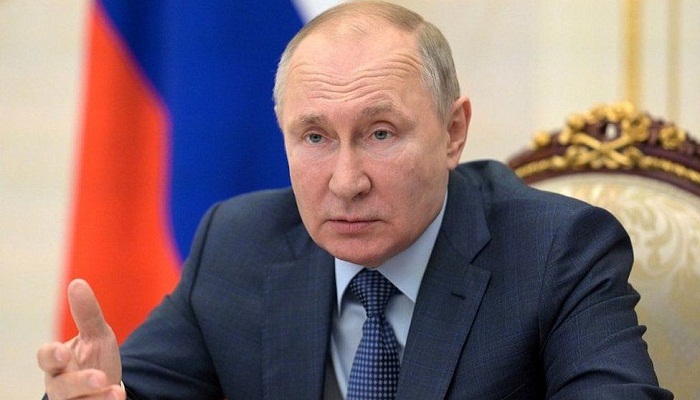 Russian President Vladimir Putin will shortly give his annual state of the nation address, amid heightened tension with the West over Ukraine and jailed Putin critic Alexei Navalny.

Much of the speech is expected to focus on how Russia recovers from the Covid pandemic, including plans for welfare and infrastructure improvements.

But in the past Mr Putin has also used the occasion to send signals abroad.

A large part of that force is in Crimea, the peninsula which Russia annexed from Ukraine in 2014. A senior Ukrainian officer, Gen Serhiy Nayev, estimated the total force to be 103,200 last week.

Russia backs the separatists holding a swathe of eastern Ukraine, and its manoeuvres have fuelled fears of a new Russian military intervention.

Mr Putin's speech comes as anti-corruption campaigner Alexei Navalny, an arch-critic of the president, is being treated at a prison hospital in Vladimir, about 180km (112 miles) east of Moscow. He is on hunger strike and his allies say his life is in danger.

Mr Putin is to speak at Moscow's Manezh exhibition hall from 12:00 (09:00 GMT), addressing both chambers of the Russian parliament. RIA news agency says all those attending have had to undergo three tests for Covid-19 in recent days.

During the pandemic Mr Putin has largely remained at a residence just outside Moscow, so this is a rare appearance in public.

Russian police have launched raids on supporters of Navalny to disrupt their plans for nationwide protests later on Wednesday.

Two key Navalny aides who are already under house arrest - lawyer Lyubov Sobol and his spokeswoman Kira Yarmysh - were detained by police in Moscow. Dozens of other Navalny supporters were detained across Russia.

The authorities say any pro-Navalny mass protests will be illegal. Police are expected to block off streets around Manezh Square in central Moscow, where his supporters plan to rally at 19:00.

Last week the US government accused the Kremlin of "malign activity" and expelled 10 Russian diplomats. Russia responded tit-for-tat, and a similar hostile exchange of diplomats took place later between Russia and the Czech Republic.