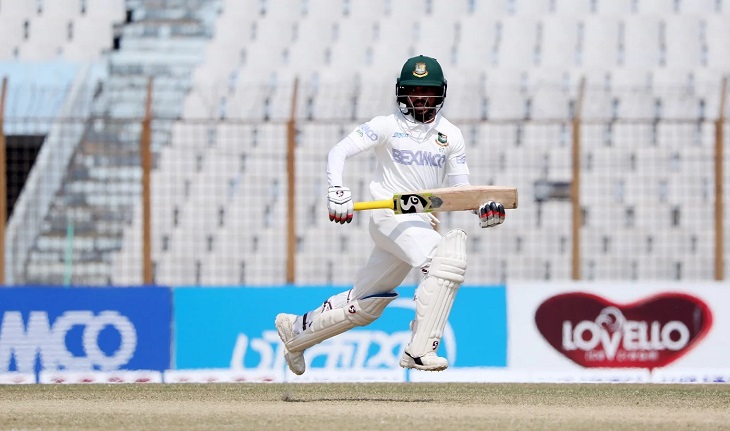 Tiger captain Mominul Haque chose to bat first after winning the toss in the first Test of a two-match series against Sri Lanka at Kandy’s Pallekele Stadium on Wednesday.

Earlier, in a video conference on Tuesday, the Tiger captain said, “If you talk about pressure, I will say I don’t feel any pressure. The team is not under any pressure.”

Sri Lanka left out former captain Dinesh Chandimal as the experienced Angelo Mathews returned to the side having missed a recent series in the West Indies.

Both teams packed their squads with fast bowling on a greenish wicket.

Sri Lanka have not won a Test since January last year, also against Bangladesh. Since then, they have lost four and drawn three.

Bangladesh are searching for their first overseas Test win in four years.