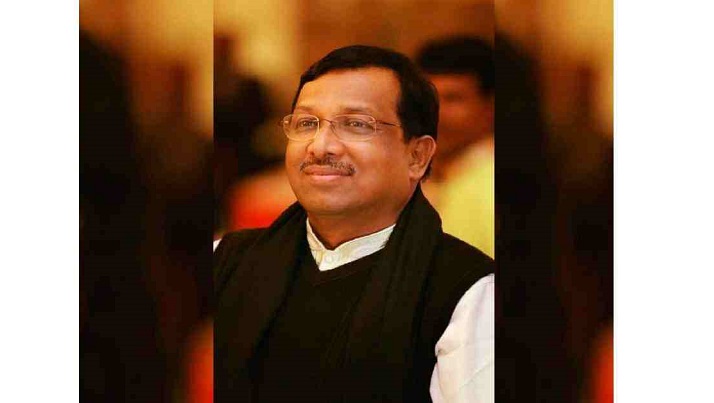 #Endless allegations against the whip

#Amassed crores of Tk from gambling

However, during the tenure of all the governments, he was ‘expert’ in destroying Awami League and he is still playing the same role. After holding Zia’s hand and writing his name in the politics of Jatiyatabadi Jubo Dal, he attacked Bangladesh Chhatra League (BCL) and Jubo League leaders and activists.

During the Ershad government, Shamsul Haque’s influence spread from Patiya to Chattogram city as a JP cadre.

Innumerable killings took place targeting the leaders and workers of Awami League and its affiliated bodies at that time, said insiders.

Soon after the formation of the Awami League government under the leadership of Sheikh Hasina in 1996, Shamsul joined the party through Abahani Krira Chakra.

Within a short time, he reached the leadership level of Awami League by using tactics. That is why he did not hesitate to remove the leaders of the party whom he considered an obstacle by launching attacks on them and filing cases against them.

There have been numerous allegations of corruption, irregularities and looting against Shamsul Haque, who started his journey as a union parishad member in Patiya. As usual, a notice of the Anti-Corruption Commission has also been issued in his name. But nothing happened to him. Dismissing all the allegations, he climbed to the top.

In his constituency, there is no bad work that has not been done by him and his family members. His family members are involved in everything from reckless occupation, extortion, harassment, torture, recruitment trade to commission trade.

Anger and dissatisfaction have been created in the party forum. But he did not care about anything.

Many of the leaders and activists expressed their displeasure over Shamsul becoming an influential leader and said ‘Bichchhu Shamsu’ is an Awami League member in mouth but at the heart he is BNP-Jatiya Party man.

When he was hawker leader in 1980, he was arrested for stealing a typewriter and was in jail for 17 days. This news was published in the Daily Life newspaper then.

Later, he joined Jatiya Party’s Jubo Sanghati after BNP’s Jatiyatabadi Jubo Dal. At that time, a group of people carried out a bomb attack to disrupt the meeting of Awami League at New Market.

Shamsul Haque, who has repeatedly changed his jersey in politics, joined Awami League using Abahani Krira Chakra as a medium.

He started playing his old game after cementing his position in the party. He again started eliminating mainstream Awami League leaders and activists by using BNP-Jamaat and hybrid elements.

Thousands of AL leaders, activists and supports had been victimised of establishing supremacy, grabbing and oppression.

He cornered Patiya upazila AL, Jubo League and BCL leaders and activists by filing false cases against them. Many left politics due to resentment against the whip.

Shamsul Haque was elected MP from Patiya in the 2008 national election, taking the advantage of the political turmoil after the 1/11 episode. Starting from that, he did not look back. After winning the two national elections of 2014 and 2019, he is now the whip of Jatiya Sangsad.

With Awami League in power for the 3rd consecutive term, he also scored a hat-trick. His position in Awami League has matured.

Patiya is now being dominated by Whip Shamsul and his close relatives. They have absolute control over land grabbing, police-court, land offices, tender and control of industrial zones.

The big consignment of Yaba was seized from a warehouse of the father of Ejaz Chowdhury who introduced himself as the APS of Shamsul Haque but everything was suppressed at the order of an invisible hand.

That Ejaz has now formed a teenage gang. He also showed power in the area with the control of BCL.

No one can utter a word in the industrial zone without the consent of MP’s brother Nawab as he controls all the scrap and supply business.

Nawab’s arbitration has now become an unannounced court to settle land disputes in the area. Although many of the victims complained to the police about land disputes, Nawab pursued his own interests in the name of resolving them with his own responsibility.

According to local sources, whip's brother Mujibul Haque Chowdhury alias Nawab has made crores of Taka by selling topsoil of cropland in different areas, including Kelishahar, Kachuai, Kharna, Jangalkhain, Kashiash, Haidgaon and Asiya, in Patiya.

He engaged in a dispute publicly with the OC, who was recently transferred from Patiya Police Station, over the incident of plundering soil from the cropland.

The names of three people, including the MP's younger brother, were mentioned in the case. Besides, 10-15 unidentified persons were also accused.

However, the case did not see the light. The issue was raised everywhere, including the police administration.

Another brother Fazlul Haque Chowdhury Majnur has absolute dominance in Shovandandi, Kharna, Bhatikhain and Kachuai areas. He has a vocal position in all controversial works.

Endless allegations against the whip

There is no end to allegations against the Awami League MP.

Shamsul, who has been elected MP for three times in a row from this constituency, has been accused of human trafficking, drug trafficking, making the club a gambling den, money laundering abroad and building a market on a canal. He is also accused of embezzling money from various government projects in the constituency.

He came to the discussion again by speaking in favour of setting up gambling halls, including casinos, in the clubs.

Shamsul, who became millionaire overnight like Aladdin’s lamp, has been repeatedly discussed and criticised in Chattogram politics. Especially in the anti-casino campaign, Shamsul Haque’s remarks put the leaders and workers of the ruling party in an embarrassing situation.

At that time, the Anti-Corruption Commission (ACC) was called to investigate the assets of the whip as his name came up during the arrest of those involved in the casino scandal and the government’s cleansing operation,

After the casino raid, the ACC on October 23 in 2019 sent a letter to the Special Superintendent (Immigration) of Special Branch of police to bar 22 people, including MP Shamsul Haque, from leaving the country, on money laundering charges.

According to a reliable ACC source, other allegations against Whip Shamsul Haque are still under investigation.

In a Facebook post in 2019, police Inspector Mahmud Saiful Amin claimed that whip’s net income from gambling in the clubs of Chattogram stands at around Tk 180 crore.

Later, the whip filed a case against him under the Digital Security Act.

During the ACC interrogation, Nur-ur-Rashid claimed that he had relations with the whip. Earlier, he was summoned for questioning on January 14, 2020.