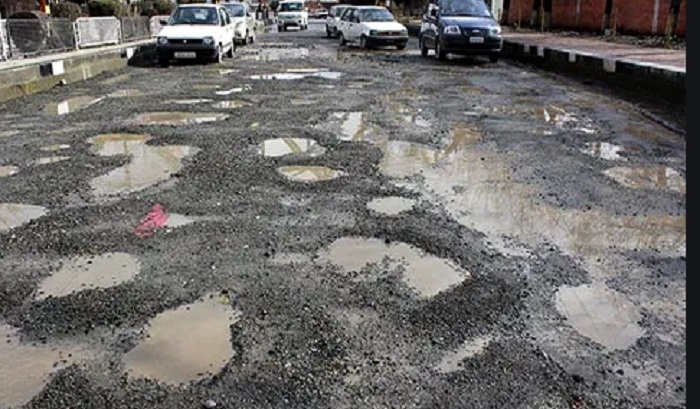 Low-quality bitumen is being imported into the country in absence of a proper monitoring system, causing a huge loss for the government.

As low-quality bitumen has been used in building and repairing roads across the country, roads get dilapidated within a short period of time.

The use of low-quality bitumen not only affects the quality and durability of the country’s road infrastructures but also cause a huge volume of government fund to go in vain.

Bangladesh is mostly dependent on imported bitumen. The country imports 80 per cent of its total bitumen demand while state-owned Eastern Refinery produces the rest 20 per cent.

It has been learnt that the entire process of bitumen import is questionable. According to an investigation, it was found that imported bitumen is not certified by BSTI and does not have approval from Bangladesh Petroleum Corporation and Bangladesh University of Engineering and Technology (BUET).

Besides, it was found that imported bitumen is been stored for months using unscientific methods, affecting the quality of bitumen.

Islamic University of Technology (IUT) assistant professor and bitumen expert Dr Nazmus Sakib said many importers damage the quality of imported bitumen in many ways from the production to import stage.

Experts said low-quality bitumen has been used for the development of roads and these roads get dilapidated in 6-12 months.

They opined that the use of imported low-quality bitumen is causing huge losses in many ways--- waste of foreign currency, hampering sustainable development while dishonest syndicate is getting stronger gradually.

They suggested strengthening the monitoring system on the use of imported bitumen for the sake of the sustainability of the country’s road infrastructures.

In the investigation, it was also found that importers import low-quality 80/100-grade bitumen as there is no quality assessment of bitumen by BSTI, BUET and ERL.

Another one is 80/100 grade bitumen which is more liquid than the 60/70 grade bitumen. During the rainy season, 80/100-grade bitumen does not sustain and roads get dilapidated sooner, they added.

Khulna Roads and Highways Department superintendent engineer Moniruzzaman Monir said it is better to use 60/70 grade bitumen in Bangladesh for building durable roads.

Sources at BPC said Bangladesh has a demand of 2 lakh metric tonnes of bitumen annually. Of the total demand, ERL supplies 70,000 tonnes and the rest is imported from Middle East countries.