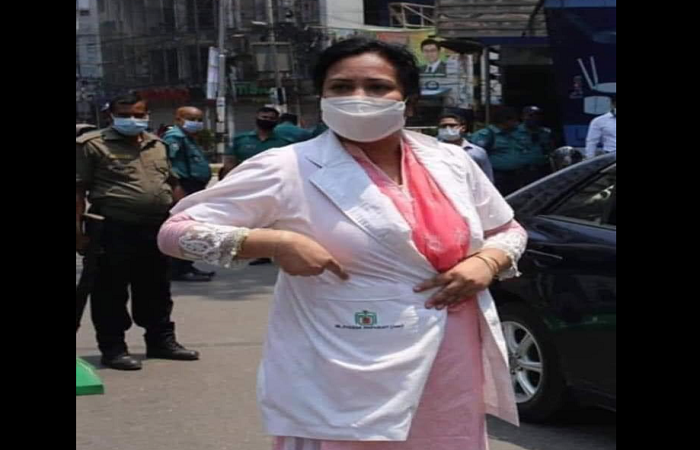 The High Court on Tuesday expressed discontent over statements issued by organisations of doctors and policemen over an altercation among a physician, a cop and a magistrate during the lockdown.

“The behaviour of the government officials is undesirable and statements issued by the two professional organisations was not prudent,” said the High Court.

Advocate Yunus Ali Akand placed before the court media reports on the incident and statements of the two professional organisations.

Attorney General AM Amin Uddin said the occurrence of the incident was unfortunate.

The HC also asked the two parties to ease tension.

A video recording of part of the incident went viral on Facebook, sparking criticism.

Bangladesh Medical Association in a statement said the physicians and health workers have been harassed by police while going to their workplace during the lockdown.

Besides, Swadhinata Chikitsak Parishad expressed strong condemnation and demanded punitive action against those involved in the incident.

On the other hand, Bangladesh Police Service Association issued another statement condemning the behaviour of the physician.