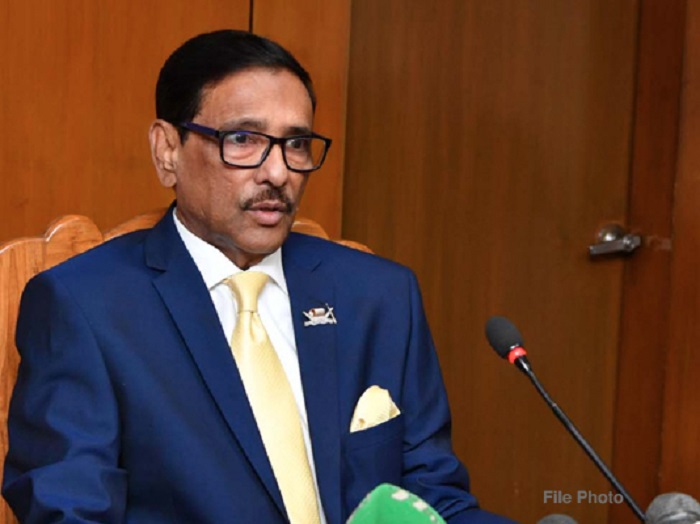 Road Transport and Bridges Minister Obaidul Quader said it is now known to all that BNP was directly and indirectly involved with the mayhem carried out by Hefajat during the celebration of golden jubilee of independence and Bangabandhu’s birth centenary.

“BNP not only patronized the recent mayhem of Hefajat-e-Islam rather it was involved with the violent acts,” he said while addressing a view-exchange with BRTC and BRTA Rajshahi Zone officials.

He said those who were involved with the mayhem and who carried out attacks on houses, properties and set houses on fire are being arrested after scrutinizing video-footage.

Arrest was not made targeting any party or Alem-Olama, he said.

About BNP leaders’ remarks that the government has become isolated from people, Quader said BNP is making such ridiculous comments to hide the sorrow of their continuous failures in the last 13 years.

Actually not the government, rather BNP has been boycotted by the people and has become isolated from them, he said.

Mentioning that BNP has been calling for movement throughout an era, Quader said BNP has not only failed in movement but also their disgraceful defeat in national, local government and by-elections proved that they have become isolated from people.