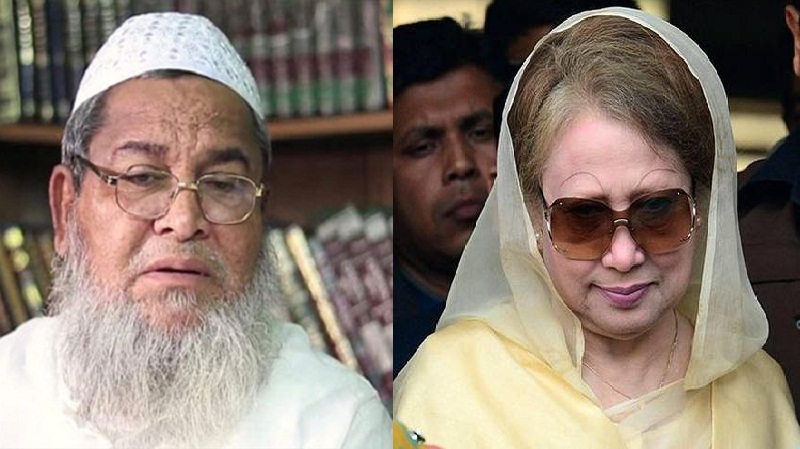 Junaid Babunagari, the then secretary general of Hefazat-e Islam, held a secret meeting with BNP chairperson Khaleda Zia, just a week before the organisation went to observe the blockade programme at Shapla Chattar in the capital on May 5, 2013.

Mufti Fakhrul Islam, the then publicity secretary of the organisation's Dhaka City Unit, made the disclosure in a sensational confessional statement to a Dhaka court.

In his statement, Mufti Fakhrul said that several top leaders of the then BNP and Jamaat had provided financial support for the May 5, 2013 violence.

BNP-Jamaat leaders and activists also took part in the violence.

Mufti Fakhrul was arrested from Lalbagh area on April 14 and later Dhaka Metropolitan Detective Branch (DB) of Police took him on a five-day remand.

After recording the statement, the court sent him to jail.

Hailing from Hefazat epicenter Hathazari in Chattogram and some other places of stronghold, thousands of leaders and activists of the organisation besieged Shapla Square on May 5, 2013.

They allegedly planned to gherao the administrative centre of the government Bangladesh secretariat the following morning in order to oust Awami League from power.

However, the government tackled the situation cautiously. Hefazat could not spend night at Shapla Square. Members of law enforcement agencies forced out the fundamental group applying third-degree methods.