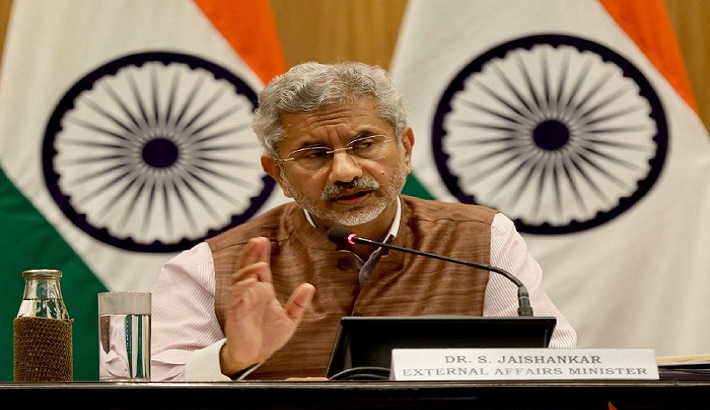 India has voiced its seep concern at the spike in violence in Afghanistan, alleging foreign militants are still active in the war-torn country.

Indian Foreign Minister S. Jaishankar, speaking at a virtual event in New Delhi, claimed on Friday that thousands of foreign militants were still fighting in Afghanistan.

“All stakeholders should buy into a fair and broad-based process aimed at ensuring lasting peace in Afghanistan,” he stressed while taking part in the Raisina Dialogue.

Any settlement in Afghanistan, the minister said, must be supported by all its neighbours and could not be based on the wishes of powerful people in that society.

In oblique remarks, the external affairs minister hit out at Pakistan for aiding the Taliban and meddling in Afghanistan’s internal affairs

In his address, National Security Adviser Hamdullah Mohib called for preserving the democratic and constitutional structures created in his country.

The Hindustan Times quoted Mohib as slamming the negative role of a “neighbour” in perpetuating the crisis in his country.