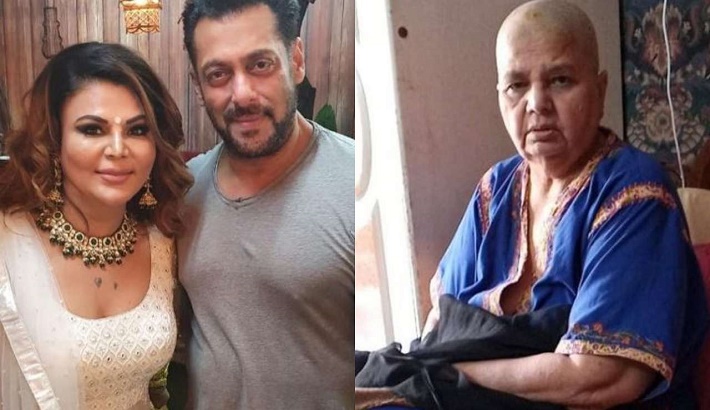 Before her mother was wheeled into the operation theatre, Rakhi shared a video thanking Salman Khan for helping her with the treatment.

Rakhi started the video by telling her mother to not worry, and asked her to say something on the camera. Jaya Sawant then went on to thank Salman Khan and even called him an angel. She also said that his entire family stood by her during her ailment.

“I fold my hands to thank Salman Khan. I used to pray to Jesus that we have no money, and wondered if I will die without treatment. However, God listened to us and sent his angel in the form of Salman Khan. He and his family stood by me and helped me to get this operation done. I thank God, I thank Salman).”

Taking over, Rakhi also thanked the Bigg Boss host, saying that he has been the one to save her mother. “You have given us the world’s best doctor. I pray that every household has sons like you and Sohail Khan. I thank your parents for giving my family two angels,” she said.

Earlier, Rakhi Sawant had thanked the bollywwod superstar’s brother Sohail Khan for giving her career a new boost by ensuring that she was a part of Bigg Boss 14.