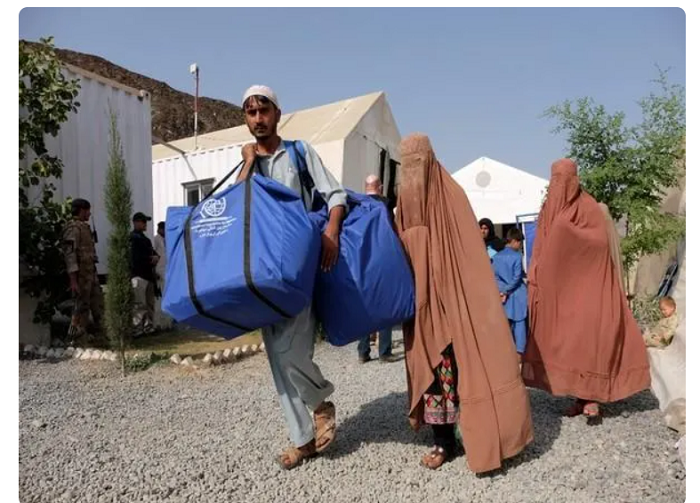 Pakistan has launched a nationwide drive to verify the data of about 1.4 million registered Afghan refugees residing in the country, Anadolu Agency reported citing an official as saying.

Pakistan and the United Nations High Commissioner for Refugees (UNHCR) on Thursday launched the drive to verify the documents of Afghan refugees living in the country.

This comes after the government announced last month that the Afghan refugees whose 'Proof of Registration (PoR) cards had expired in 2015 would be given new smart cards after verification this year.

The drive will continue for six months and after verification, their data will be updated and smart identity cards will be issued.

Muhammad Usman, a spokesman for Pakistan's Commissionerate for Afghan Refugees said that as many as 600 governments and UNHCR officials have been assigned to 35 areas across the country for the registration process. Mobile vans are also being used to carry out the exercise.

"This facility is not for unregistered refugees," he said, adding that the drive will continue for six months.

The move coincides with US President Joe Biden's announcement regarding the withdrawal of all foreign forces from Afghanistan before September 11, which could end decades of war and lead to speedy repatriation of the refugees, reported Anadolu Agency.

In 2017, the Human Rights Watch issued a report claiming that Pakistan has turned on the Afghan community. In response to several deadly security incidents and deteriorating political relations between Pakistan and Afghanistan, Pakistani authorities have mounted a concerted campaign to drive Afghans out of the country, the report noted.