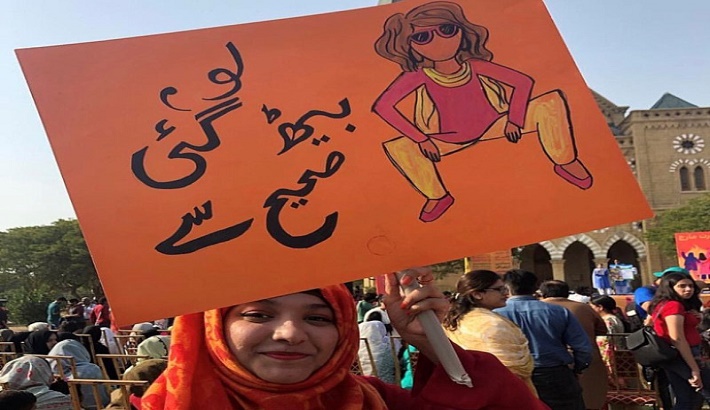 Organizers of the Aurat March in Pakistan were booked over blasphemy charges by Peshawar Police on the order of a local court, Dawn reported.

Women rights activists in Pakistan had held Aurat March in Islamabad and other major cities in the country to fight for women's empowerment and protection. Later, some edited videos and morphed pictures of the events, showing the participants raising blasphemous slogans, went viral on the internet.

On Friday, a court in Peshawar, acting upon the petition filed by a group of lawyers, directed police to register an FIR against the organizers.

Organizers have repeatedly clarified that these videos were edited and morphed. Also, the government, too, had warned those editing and circulating these videos.

Concocted videos and photos are malicious attempts to defame women activists in Pakistan, who often come under attacks from the country’s hardline clerics.