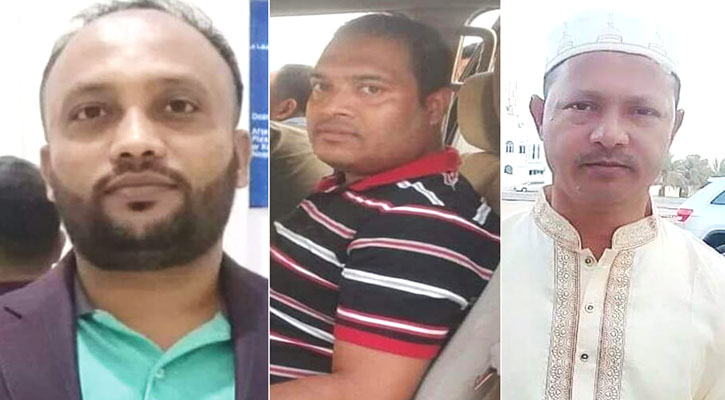 Three Bangladeshi citizens were killed after a car carrying them skidded off in Oman on Sunday morning.

The deceased were identified as Md Jahed, 42, Absar, 45 and Salahuddin, all of them hailing from different villages under Rangunia upazila of Chattogram.

They used to work at Modern Rose Trading Enterprise LLC in Muscat of Oman.

Mohammad Rezaul Karim, the Bangladeshi owner of the company, confirmed the matter.

Rezaul Karim said a private car carrying the victims skidded off the road after its driver lost control of the vehicle at Tamrit area in the morning while they were returning to Muscat after finishing their works from Salalah city, 1,000 kilometres away from Muscat, leaving the trio dead on the spot.