BFF asks for compensation from FIFA for injured Biswanath, Sohel 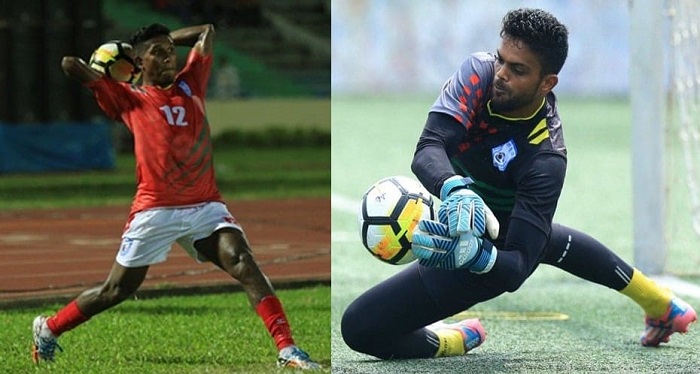 Bishwanath got a serious thigh injury during Bangladesh’s first match against Kyrgyzstan U-23s in Three Nations Cup held in Nepal last month while Sohel got a spinal injury in the preparation camp ahead of Mujib Borsho FIFA Tier-1 International Friendly Series against Nepal held in Dhaka last November.

BFF claimed Tk 4 lakh for Sohel and  Tk 3.5 lakh for Bishwanath as the compensation under FIFA’s Club Protection Program. CPP is an insurance policy that compensates football clubs when their players get injured on international duty. FIFA launched it in 2012.

The amount of compensation depends on players' injuries and the duration of recoveries. Sohel took more than one month to recover but  Bishwanath will take more than two months.

Kings media manager Ahmed Shaaek told The Daily Sun on Sunday that they submitted all the necessary documents and medical reports of Bishawanath to BFF last week.

“We submitted all the necessary documents and his (Bishwanath) medical reports to BFF last week. He needs more than one month to appear on the field. Under the CPP, FIFA provides his treatment expenditure as well as his salaries until he returns on the field,” he added.

Earlier, FIFA provided Tk 13,47,000 for Kings midfielder Masuk Miah Zoni and Tk 1,10,000 for Dhaka Abahani midfielder Atiqur Rahman Fahad as the compensations under the CPP. They were also injured during the national team's international campaigns.