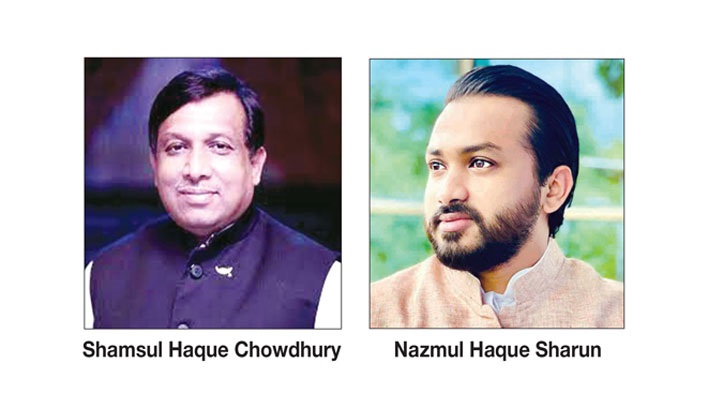 They amassed huge money from the club through running casino, human trafficking, embezzling funds and renting out its field for hosting different fairs.

Shamsul is now general secretary of the club and he made his son Sharun one of its directors to ease the path of amassing illegal wealth, said sources.

It is alleged that the whip also runs the club at his will and takes decision unilaterally ignoring opinions of other members of the executive committee.

The misdeeds of the whip and his son came to light after the countrywide drive was launched against gambling at different clubs in 2019.

His speech backing the gambling activities left the Awami League leaders in an embarrassing situation then.

Asked about casinos at various sporting clubs, Shamsul told journalists at the Chattogram Circuit House in September 2019 that there are 12 sporting clubs across the city and those take part in the Premier League. “Does the administration pay salary of players of those clubs? Does the government pay them? No. So, the clubs have to be provided with the chances,” he had said.

Shamsul sneaked into the club as general secretary in 1998 and started using it for personal gains in different ways.

He made huge money through human trafficking under the name of playing club football in London in 2002.

He trafficked a number of people in guise of players and helped his son reach London as a player of Abahani at that time.

The incident defamed the renowned club at home and abroad and hit headlines across the country then.

A committee formed in this connection also recommended suspension of Shamsul from the post. But, he overcame the issue with the backing of a BNP leader and admitting his wrongdoings.

In another move, Shamsul turned the club into a limited company despite protest by other executive members.

Then he collected Tk 2.5 lakh from each of the directors and deposited the money in unauthorised Merchant Cooperative Bank and later embezzled the amount in connivance with his bodyguard Abdul Hannan Rana.

Then Club Chairman Nurul Islam BSc called a meeting for the balance statement after getting the information. But, Shamsul misbehaved with the chairman after failing to provide the statement. It compelled Nurul to step down from the post.

For a brisk business, the whip started running casino at the club. His son Sharun supervised the activities.

Local musclemen Dighal and Mohiuddin were used for collecting, distributing and depositing the money.

They used to spend Tk 1 lakh as maintenance cost and deposit Tk 5 lakh in bank account of Shamsul and his close relatives, he said.

In a Facebook post following his controversial casino statement in 2019, police Inspector Mahmud Saiful Amin claimed that whip’s net income from gambling in the clubs of Chattogram stands at around Tk 180 crore.

But, the inspector was suspended from the job for such a comment in the social media, said the sources.

Didarul also brought allegations of not holding general meeting, lack of transparency regarding the income and expenditure of the club, running illegal activities, not auditing the balance by any renowned audit farm, appointing whip’s close relatives, including son, to different important posts, changing logo of Abahani set by its founder Sheikh Kamal, looting the fund of Sheikh Kamal International Club Cup and selling tickets at high price among others.

Didarul demanded a neutral probe against Shamsul and his son and exemplary punishment for the wrongdoings accordingly.

Sharun misbehaved with and threatened Didarul in 2019.