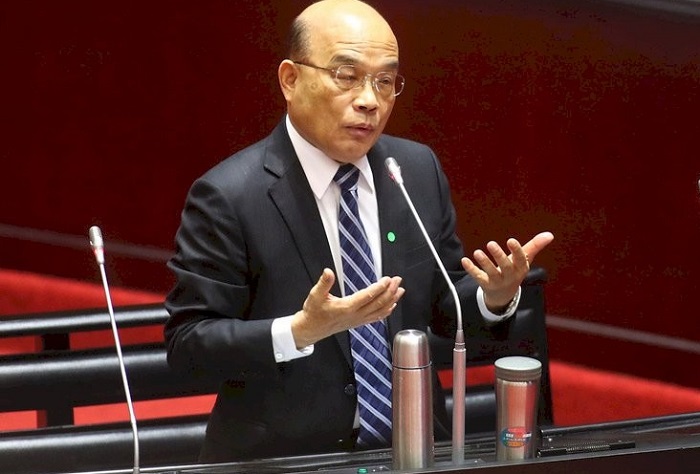 China’s share as a destination for investments from Taiwan has plunged to 33 percent in 2020 from 84 percent in 2010, Premier Su Tseng-chang said Thursday (April 15).

He made the comments after hearing a report by the National Development Council (NDC) at the regular weekly Cabinet meeting, CNA reported.

As a result of the recent years of adjustment, Taiwan’s overseas investment no longer concentrates on China alone, but is more spread out, conforming to the basic economic notion of “not putting all of one’s eggs in the same basket,” according to the premier. In the past, too many Taiwanese businesses had chosen to move to China, he added.

One of the key policies in achieving that aim had been to attract those companies back to the country, creating more jobs and added value while rebuilding the global supply chain, Su said.

Taiwan’s electronics and semiconductors have made contributions to the global economy during the pandemic. This year, the nation's economy is growing by more than 4 percent as a result, according to the premier.