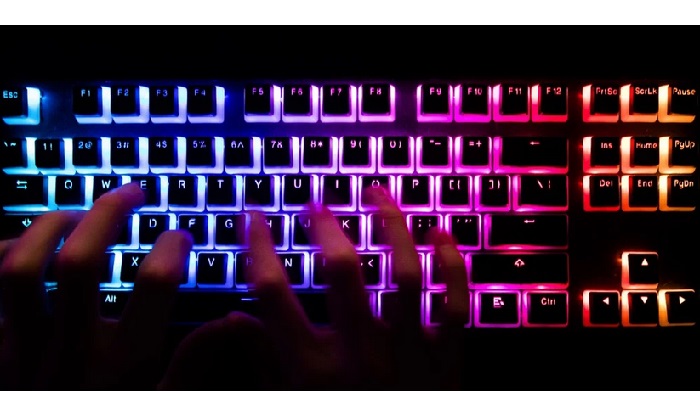 China tried to wage an “undeclared war” against India through cyber attacks and indicated that it was “my way or no other way”, New Delhi’s most senior military official said on Thursday about the drawn-out border stand-off between the neighbouring countries that is believed to have brought the countries to the brink of open conflict.

General Bipin Rawat, the Chief of Defence Staff of the Indian Army, said in a virtual discussion at the annual Raisina Dialogue that China’s creation of “disruptive technologies which can paralyse systems of the adversary” had emboldened Beijing and made it assertive.

In June last year, amid the stand-off, at least 20 Indian soldiers and an unspecified number of Chinese troops were left dead following the first fatal clash between the two countries in decades.

Rawat said China was using disruptive technologies to provoke other nations into starting a conflict. “Unconventional means of conflict, employed by clever use of disruptive technologies, could actually paralyse networks, causing the breakdown of systems, banking, power grids, transportation, [and] communication to name just a few,” he said.

In October last year, the Indian financial centre of Mumbai suffered a crippling day-long power failure that caused the collapse of the city’s banking systems, stock markets, and transport as well as medical facilities. Local officials said cyber sabotage was behind the blackout.

On Thursday, Rawat, in a veiled dig at Beijing, said nations with such technologies “feel that they will be able to impose their will on other nations, saying that ‘If you don’t come to my terms, we have other means of bringing you into conflict through unconventional means’.”

On the back of such means, an assertive China had tried to say to India that it was “my way or no other way”, he said. “[The nature of] such an undeclared war will place a dilemma in the minds of decision makers on whether or not to resort to force [in response].”

China, Rawat added, was trying to get into a “limited conflict” and Beijing felt a “little bit of shove and push” would help it get its way. “But India has shown by standing firm on the northern border that we will not get pushed.”

The two countries have since May last year been locked in an eyeball-to-eyeball confrontation with tens of thousands of soldiers, tanks, missiles and rockets lined up on both sides of their disputed border, the Line of Actual Control, in the Himalayan region of Ladakh, bordering the Chinese-controlled Aksai Chin region.

While Beijing and New Delhi have succeeded in disengaging troops and artillery from the banks of Pangong Lake, the stand-off has continued in other points such as Hot Springs, Gogra and the Depsang Plains.

Rawat, flanked by the military chiefs from Canberra and Tokyo, said India’s actions had “galvanised” global support for the country. “The international community has come to our support to say that there is an international rules-based order that every nation must follow,” he said, pointing to his panellists.

India, Japan and Australia, along with the United States, are members of the Quad, which is largely seen as a measure to contain an increasingly assertive China. The group held its first-ever leaders summit last month and has promised to strengthen cooperation in the Indo-Pacific region.

Australian Prime Minister Scott Morrison, speaking at the Raisina Dialogue minutes before Rawat, hinted that this was very much on the cards.

“That [Quad] meeting was historic, a historic first and a mark of the momentum that continues to be built among like-minded countries in our region,” he said, adding that the four countries were seeking to achieve a “strategic durable balance” in the region.

Economic and diplomatic ties between Australia and China have frayed after Canberra joined Western democracies led by the US in demanding a probe into the origins of the coronavirus.

Without naming Beijing, Morrison said the Indo-Pacific was “the epicentre of strategic competition, [where] tensions over territorial claims are growing, military modernisation is happening at an unprecedented rate, democratic, sovereign nations are being threatened and coerced by foreign interference”.

ALL EYES ON THE INDO-PACIFIC

The Indo-Pacific region was also the key point of conversation between the army chiefs from India, Australia and Japan in their session.

Yamazaki said China “did not recognise the legitimate interests of Japan” in the region, adding that this approach was fuelling tensions. Tokyo has also criticised Beijing’s new coastguard law that allows the use of weapons against foreign ships entering disputed waters that are also claimed by China.

On Thursday, Yamazaki said the law was an attempt by China to “unilaterally enforce their legislation to change existing international order”.

Referring to the increasing tensions between Beijing and Taipei, Yamazaki said any conflict in

Taiwan“directly impacts the defence of Japan”, adding that Beijing’s attempts to change the status quo in the region were “destabilising [and] dangerous”.

Australia’s Campbell said any conflict in Taiwan would be “disastrous” for the region, and that Chinese tactics to “nibble away at territory” in the South China Sea could be “challenging to respond to without breaching the line that leads to open conflict”.

Each of the three generals referred to the Quad and pushed for it to be strengthened. Campbell, without naming the group, said the nations were working together in the region and “finding common interests”, while Yamazaki said collaborations such as the Quad were “critically valuable”.

“In order to realise the vision of a free and open Indo-Pacific, we will closely cooperate and collaborate with the US, Australia and India in various ways and initiatives,” he said.