US reports 30% of adults fully vaccinated 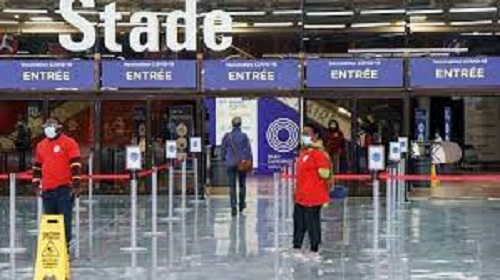 The White House announced plans Friday to invest $1.7 billion in genomic sequencing – the process of mapping a virus' genetic code – to help states detect and curb the spread of COVID-19 variants.

The funding comes from President Joe Biden's nearly $2 trillion relief package and will be used to collect COVID samples, sequence the virus and share data, according to a White House fact sheet. The first portion of the funding will be allocated in early May through the Centers for Disease Control and Prevention.

The money will be used toward collecting COVID samples, sequencing of the virus and sharing subsequent data, according to a fact sheet provided by the White House.

Until recently, only a fraction of samples in the U.S. were sequenced, but the Biden administration invested $200 million on sequencing, quadrupling the rate of testing beginning in mid-February.

The investment also includes $400 million to establish six "Centers of Excellence in Genomic Epidemiology," a partnership between state health departments and academic institutions for research and development, and $300 million to create a national bioinformatics system to share and analyze sequencing data.

The administration will allocate the first portion of funding in early May, with a second tranche expected to be invested over the next several years.