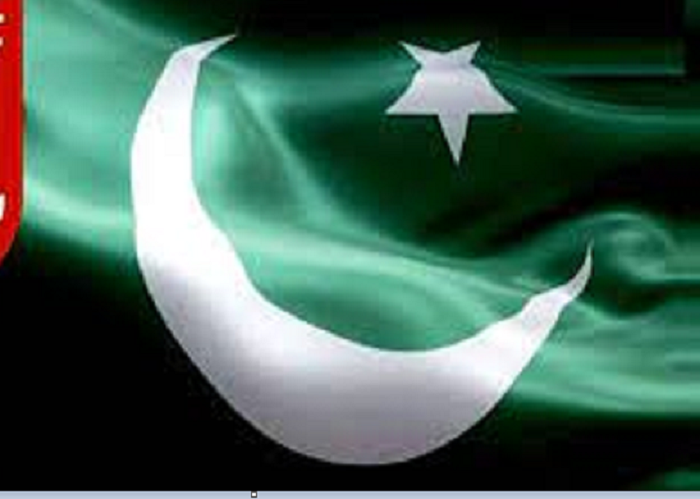 Last Sunday’s decision of the government of the United Kingdom (UK) to place Pakistan on its newly drawn-up list of high-risk countries for terror financing and money laundering ought to trigger a long overdue awakening in other like-minded democracies to the need to completely neutralize the threats posed by the terrorists nurseries that Pakistan has nurtured quite liberally for decades, and which it continues to bankroll. If any further encouragement should be required to nudge fence-sitting nations into following a route similar to that taken by the UK, a brief consultation with the French government could, at least in the immediate term, provide the tipping point.

Over the last few days, vitriolic anti-France sentiments fanned across Pakistan by an ultra-extremist group that has been linked to the Pakistani military establishment in the past escalated with such severity that it caused an alarmed French government to yesterday advice all its citizens to leave Pakistan immediately in the interest of their safety. If still not convinced, a perusal of the observations in the United Nations Development Programme’s (UNDP) National Human Development Report (NHDR) that was released last week on how the Pakistani elite spearheaded by the military establishment was damaging the country by siphoning away a substantial proportion of the country’s economic resources and perpetuating structural discrimination and inequality may be in order.

The UK government’s ‘Money Laundering and Terrorist Financing (Amendment) (High-Risk Countries) Regulations 2021’ came into force on 26 March. Before Brexit, the British list of high-risk countries was determined by the European Union (EU) under the 4th Anti-Money Laundering Directive. The UK now has its own standalone list, and the definition of a high-risk third country has been identified in a new Schedule, 3ZA. The new UK government legislation identifies a “high-risk third country” as one which is specified in Schedule 3ZA and “a country which has been identified by the European Commission as a high-risk third country in delegated acts adopted under Article 9.2 of the fourth money laundering directive”.

Pakistan, in the company of countries such as Iran and North Korea, figures among the 21 countries that make up the UK list. According to the UK government, the countries on the list pose a threat because of weak tax controls and lack of checks and balances on terrorism financing and money laundering. The UK, while formulating its list, appears to have given due credence to the corresponding list of jurisdictions with strategic anti-money laundering and counter-terrorist financing (AML/CTF) deficiencies drawn up by the global watchdog the Financial Action Task Force (FATF), on whose grey list Pakistan has firmly been since 2018.

The UK government also seems to have taken into consideration a British government report of December 2020 that underlined that dirty money continues to flow unhindered from Pakistan into the UK and vice versa. That report on ‘National risk assessment of money laundering and terrorist financing 2020’ that was prepared by the UK’s Treasury and Home Office, while noting that “corrupt foreign elites continue to be attracted to the UK property market, especially in London, to disguise their corruption proceeds”, emphasized that “Criminals continue to purchase high value assets, such as real estate, precious gems and jewelry to launder illicit funds which are transferred from Pakistan to the UK and vice versa. This includes proceeds from corruption and drug trafficking. The risk from cash-based money laundering from the UK to Pakistan via smuggled cash and Money Service Business (MSBs) also persists”. It added that economic and cultural ties between the UK and Pakistan “enable and disguise illicit funds to be transferred between the UK and Pakistan, including through illegal informal value transfers”.

These illicit funds, in tune with the stark economic inequalities in Pakistan that the aforementioned UNDP report has highlighted, mainly serve the elite of Pakistan, the apex of which is represented by the country’s military establishment. The UN report underlined that the economic privileges accorded to Pakistan’s elite groups, including the country’s powerful military, add up to an estimated $17.4 billion, or roughly 6 percent of the country’s economy. Pointing out the preferential access to land, capital and infrastructure, and the tax exemptions that the military enjoyed, the report noted that the military was also “the largest conglomerate of business entities in Pakistan, besides being the country’s biggest urban real estate developer and manager, with wide-ranging involvement in the construction of public projects”. Members of such a disproportionately privileged group of individuals, much more than the average Pakistani who is busy trying hard to make ends meet, are the ones that are most likely to possess enough ill-gotten resources to become involved in the sort of illicit activities that have been outlined in the UK Treasury and Home Office report.

The Pakistani government’s reaction to its listing in the UK appeared to convey a bullheaded reluctance to accept the reality that the country’s tryst with terrorism and the financing of terror had been thoroughly exposed in the international arena, and that pressure on it to mend its ways was only likely to escalate in coming years. The Pakistani Foreign Office said, “We have seen the Money Laundering and Terrorist Financing (Amendment) (High Risk Countries) Regulations 2021 regarding certain jurisdictions including Pakistan. The UK's assessment leading to the subject regulation is not based on facts. Pakistan has a robust AML/CFT regime in place. We hope the UK would review its regulations in light of facts on ground and avoid politically-motivated and misplaced measures”. It added that Pakistan had taken “unprecedented measures through a series of legislative, institutional and administrative actions in the domain of anti-money laundering and countering the financing of terrorism”.

The Foreign Office did not, however, explain why if Pakistan had indeed taken such “unprecedented measures” the FATF in its most recent plenary session in February this year did not find these enough to remove Pakistan from its grey list. It also did not draw attention to the fact that the FATF had stressed at the plenary that “serious deficiencies” persisted in the mechanisms claimed to have been adopted by Pakistan to plug the financing of terrorism. Pakistan’s reluctance to adopt a constructive approach on the important issues of terror financing and money laundering could be construed to mean that Pakistan was not serious about dismantling the terrorist proxies that it has been nurturing on its soil, and that all its bluster and claims were essentially eyewashes aimed at getting the immediate pressure being exerted by the international community off it.

The duplicity of Pakistan’s position, as also the difficulties inherent in a policy of supporting fundamentalism and terrorism while at the same time seeking to retain a degree of deniability, came to the fore this week with the violence that broke out after Pakistani security agencies arrested Saad Hussain Rizvi, the leader of the radical Islamist organization Tehrik-i-Labaik Pakistan (TLP), on 12 April, a day after he threatened the government with protests if it did not expel France’s Ambassador in Islamabad over depictions of Prophet Muhammad. The TLP is the political arm of the extremist Tehreek-e-Labaik Ya Rasool Allah (TLYRA) movement. Accusing French President Emmanuel Macron of defending as freedom of expression the caricatures of Prophet Muhammad that a French school teacher had shown in class, and for which he had later been beheaded, the TLP, whose primary rallying cry is the denunciation of blasphemy against Islam, also demanded that the Pakistani government boycott French products. Under Pakistani law, anyone found guilty of insulting the Prophet can face the death penalty.

Rizvi had on 11 April demanded that the government honor a commitment it had made to his party in February to expel the French envoy before 20 April over the publication in France of depictions of the Prophet. The government claimed that it had only committed to discuss the matter in Parliament, but Pakistan's Prime Minister Imran Khan had also criticized Macron at that time. The Pakistan government this week found itself in a tight corner after Rizvi reiterated his demand as it knew that asking the French Ambassador to leave was simply not an option it could afford to take. It assessed that preemptively arresting Rizvi would be the less painful and consequential option, but at the same time seemed to have given little thought to the violent reaction that such an action could spew, as later events were to reveal.

News of the arrest was received with great anger by Rizvi’s supporters, and thousands of TLP activists took to the streets in cities including Lahore, Karachi and Rawalpindi. Violent clashes with security forces ensued. Reports suggest that over the next three days, at least 2 policemen died and well above 300 people were injured. The protesters blocked highways and rail tracks and damaged public property. They demanded Rizvi’s release and reiterated the call for the expulsion of the French Ambassador.

The scale of the violence across Pakistan has become so alarming and the anti-France emotions so acute that the French government has decided to ask its citizens to leave the country immediately. In the email sent yesterday, the French Embassy in Pakistan advised, “Due to the serious threats to French interests in Pakistan, French nationals and French companies are advised to temporarily leave the country. The departures will be carried out by existing commercial airlines”.

The arrest of Rizvi in the eastern city of Lahore was described by Ghulam Mohammad Dogar, the city police chief, as being intended to “maintain law and order”. The violent protests that have erupted in reaction could also be viewed merely as a law and order problem, but such a description may be a tad simplistic. The TLP is not only known to have linkages with the Pakistani military establishment, as had been brought out in the EFSAS Commentary of 11-05-2018, but serious efforts by the military establishment had also been made at the last general elections in Pakistan in 2018 to mainstream the TLP as a political party.

Even if the Pakistan government’s version of the agreement with the TLP is taken as the correct one, the question nevertheless arises, why would a nation’s government agree to a demand by an extremist organization to raise in Parliament the issue of the expulsion of the Ambassador of a responsible and friendly country that is also a major financial donor? Only one of two explanations is possible – either the government was somehow beholden to the demander, or was afraid of him.

Shaken by the force of the reaction to Rizvi’s arrest, the Pakistan government on 14 April decided to ban the TLP. Interior Minister Sheikh Rasheed Ahmed announced at a news conference, “We have decided to ban the TLP and the draft is going to the cabinet for approval. You can't force the State to do your bidding”. He added that the ban would be slapped under Pakistan’s anti-terrorism legislation. Referring to the alleged agreement, Ahmed acknowledged that the government had been negotiating with the TLP. He said, “Until the last moment our aim was that a draft resolution could be prepared to present in the assembly with their agreement. But all of our efforts failed”.

The Interior Minister made some other remarks that were very revealing. He said, “We are in favour of protecting the Prophet's honour, but the demand which they are seeking could have portrayed Pakistan as an extremist nation worldwide. It would mean that diplomats from European countries … would all have to leave the country”. The concern for the image of Pakistan that Ahmed articulated, especially the radicalized, terrorist-friendly one, means that such designation by the international community has begun to rankle the Pakistani establishment. Such a perception of Pakistan has come about predominantly because of the country’s own mischief and follies, but the international community has also had a role in highlighting in recent years Pakistan’s strong links with terrorism. The concern for its image is a direct consequence of such pressure exerted on Pakistan, and it implies quite clearly that the pressure has begun to tell.

Therein lies an opportunity for those democracies that wish to see a reformed, responsible Pakistan.