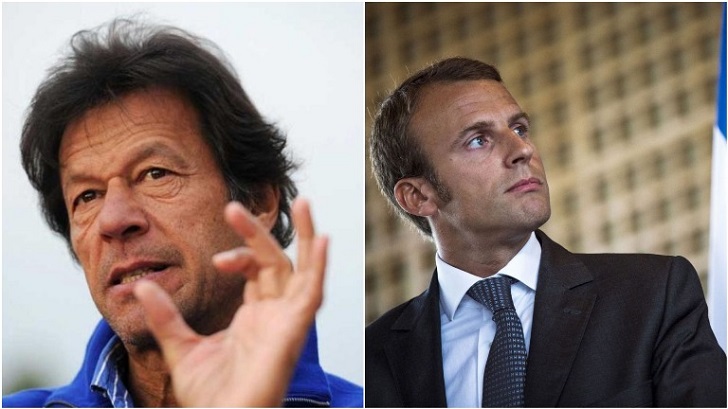 The French Embassy on Thursday asked its citizens as well as companies to leave Pakistan temporarily over violent anti-France protests that crippled large parts of the country this week.

"Due to the serious threats to French interests in Pakistan, French nationals and French companies are advised to temporarily leave the country," the embassy said in an email to French citizens, as quoted in media reports.

The departures are scheduled to be carried out by existing commercial airlines in the Islamic country.

At least four people were killed and thousands injured, including members of security forces, as violent protests, led by a radical Islamist group, Tehreek-e Labbaik Pakistan (TLP), continued for the second day on Tuesday across major cities in Pakistan, forcing the government to deploy paramilitary forces.

The group, an ardent supporter of the country’s blasphemy laws, has been demanding the government to expel the French ambassador from the country and put a ban on the European country's imports.

Last year, following the controversial remarks by French President Emmanuel Macron on Islam, and what he termed Islamic separatism, the TLP had threatened the Pakistan government for a nationwide stir if it failed to act on its demands.

The government and the TLP reached an agreement last year, where the former asked more time to consult parliament and to act on the demands of the group. Later, the government expressed its inability to follow those demands, leading the group to intensify its protests.

On many occasions earlier too, the TLP-founded by a radical Islamist preacher late Khadim Hussain Rizvi- laid seize to major cities in Pakistan. This is also the first time after the death of its charismatic founder Khadim Rizvi, the group has been flexing its muscles on the streets.

Khadim Rizvi, known for his fiery and somewhat hateful speeches, died last year in November. Many experts had then predicted the group might lose its street influence after his death. However, contrary to these predictions, the group managed to retain its significant influence.