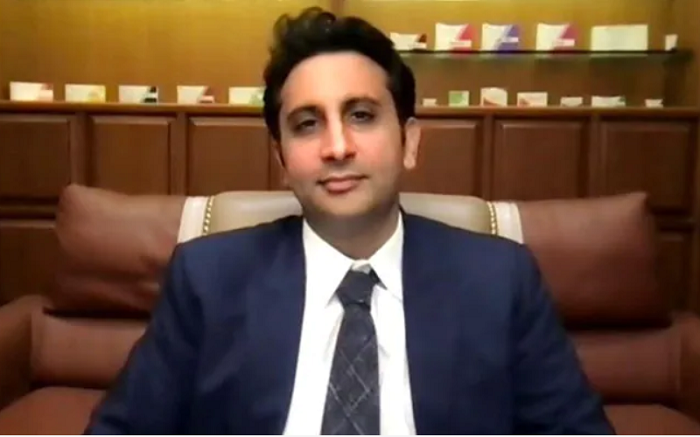 Serum Institute CEO Adar Poonawalla on Friday urged US President Joe Biden to lift the embargo on export of raw materials needed for the production of the Covishield coronavirus vaccine in India.

Mr Poonawalla reminded Mr Biden the world had to "truly unite" to beat the pandemic, and that blocking access to raw materials would affect production of both the Covishield - which SII supplies to dozens of countries - and Novovax vaccines.

"Respected POTUS, if we are to truly unite in beating this virus, on behalf of the vaccine industry outside the US, I humbly request you to lift the embargo of raw material exports... so vaccine production can ramp up," he tweeted.

The Serum Institute is the world's largest vaccine manufacturer by volume, and is widely seen as a key player in the production of enough doses to protect a large portion of the global population against the COVID-19 virus.

It is also, as of now, the principal supplier of Covid vaccines for the Indian government - to whom Hyderabad-based Bharat Biotech is supplying Covaxin, and which is reportedly facing a critical vaccine shortage just as a deadly new wave of infections sweep the country.

This morning over 2.17 lakh new cases were reported in 24 hours - the second consecutive day with more than two lakh, and the tenth with over one lakh - making a steady supply of vaccines critical.

Production, however, has been affected by the lack of raw materials and this has been a matter of concern for some weeks now. In early March Mr Poonawalla had issued another appeal; a Bloomberg report quoted his comments to a World Bank panel.

"If we're talking about building capacity all over the world, the sharing of these critical raw materials is going to become a critical limiting factor - nobody has been able to address this so far," he had said.

The US' ban on export of raw materials came into effect in February.

The Biden administration invoked the Defence Production Act - which gives "powers to control distribution of products" - for "the short term", according to The Washington Post, to ensure US pharma giant Pfizer had access to resources needed to scale up production of its vaccine.

This was after Pfizer - from whom the US has ordered several hundred million shots - said it was having difficulties meeting delivery deadlines.

At that time Mr Poonawalla was quoted by Bloomberg: "This is (the) one thing that would need some discussion with the Biden administration... to explain to them there's enough to go around."

The US is still the worst-affected country with over three crore active cases, and the need to inoculate people, particularly with more infectious strains of the virus in circulation, is paramount.

This need is critical for India too, where the active caseload is nearly 16 lakh (an all-time high) and climbing at a deeply alarming rate.

Last week Mr Poonawalla spoke to NDTV and admitted that existing production capacities at SII's Pune plant are "very stressed". The Serum Institute currently produces around 65 million doses per month, which have been "prioritised" for India, despite concerns from other nations.

Mr Poonawalla has said he wants this to increase to around 100 million per month, but that will require significant investment and time, and, now, an uninterrupted supply of raw materials.

The Indian government, in an effort to widen the vaccine basket and circumvent potential supply issues, has now approved a third drug - Russia's Sputnik V - and urged others, including Pfizer, to consider applying for permission to sell in the country.