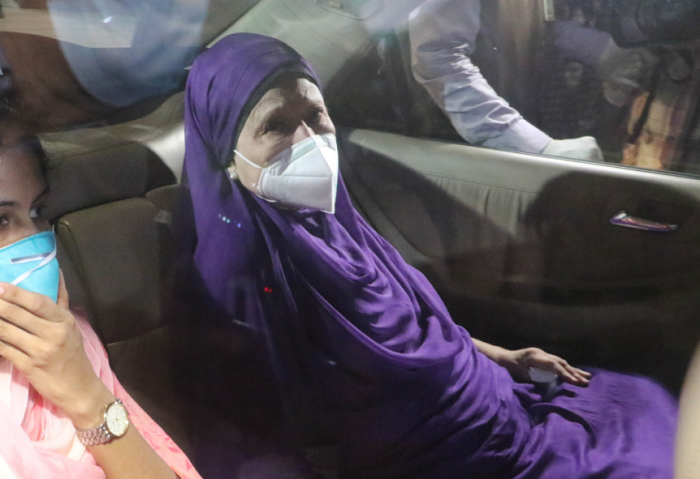 Talking to UNB, he said they received the final report of the BNP chief’s CT scan late last night.

“The medical team members, including the local and international specialists, reviewed the report and added a new medicine to her previous prescription,” said Zahid, also a member of the team.

He said they have kept Khaleda under close observation at her Gulshan residence as she entered the second week of infection.

The physician said BNP acting chairman Tarique Rahman’s wife Dr Zubaida Rahman has been supervising the treatment process of her mother-in-law from London.

As per the CT scan final report, he said Khaleda’s infection is nominal and insignificant. “Madam’s condition is still stable.”

He said Khaleda urged people to pray for her speedy recovery.

The BNP chief underwent the Covid test on Saturday last as eight other people at her residence were infected with the virus and her report came out positive.

Amid the coronavirus outbreak, the government released Khaleda Zia from jail for six months through an executive order suspending her sentences on March 25 last year. Later, the government extended her release twice.”